The Channel Gardens at the Rockefeller Center is always showing off its gardens regardless of the season.  Last Easter, as shown in my previous blog, it has easter lilies and hydrangeas blooming all over. After that were foxgloves and other flowers which I briefly featured in another blog.

This summer, the gardens were abloom with plumeria, ixora, bromeliads and crotons, as well as palm trees. I went there one Saturday afternoon and the gardens look pretty in the afternoon sun. 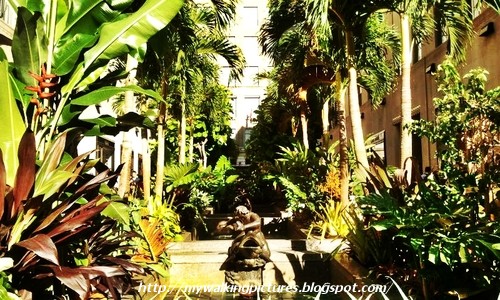 The first flowers I saw were my Mom's favorite, anthurium! 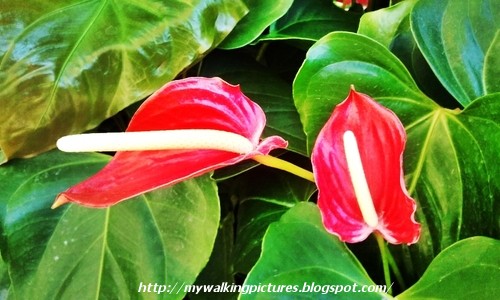 Walking further along, I spotted plumeria, they smell so sweet! 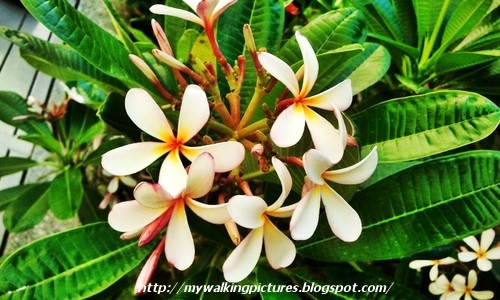 Ixora, which is called "santan" flower in my homeland .. 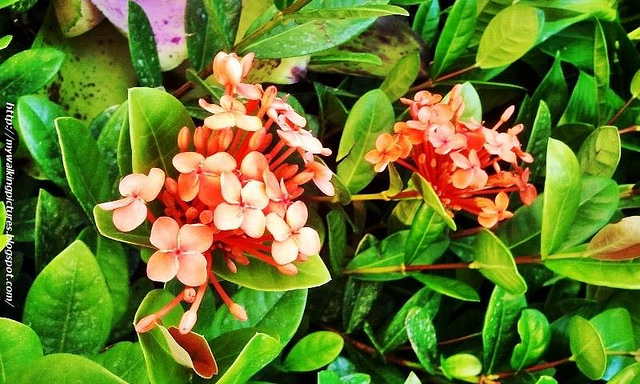 And some ground orchids which reminded me of my childhood home, as we have this growing in our front yard. 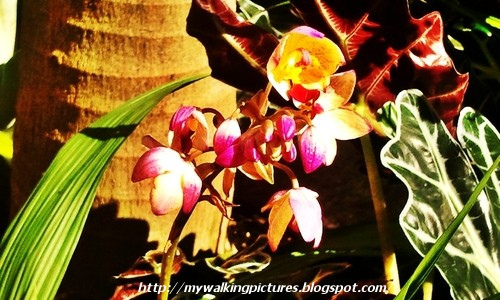 Near the middle of the gardens, in the space in between the pools are trees flanking the side doors leading to the La Maison Française (610 Fifth Avenue) and the British Empire Building on the other side.  In the above pic, you can see the artwork Seeds of Good Citizenship above the doorway. 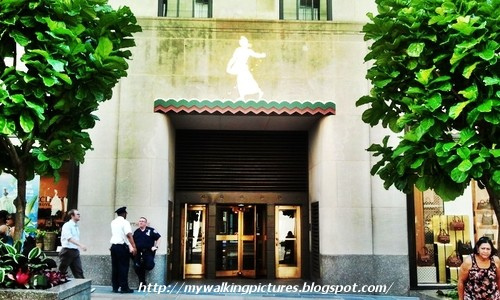 Here's another pic of the trees .. 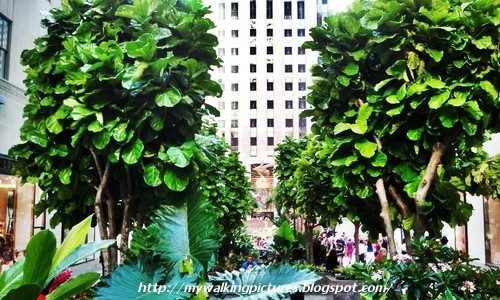 That space in the middle is also a good area to take a picture of the GE Building or 30 Rock as it is commonly referred to.  See how pretty it looks among the palm trees. 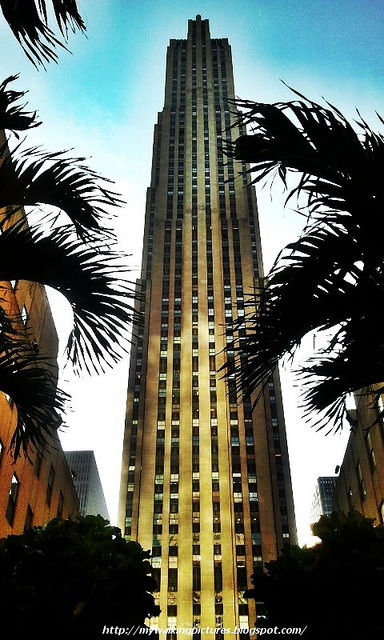 Aside from the flowers above, there are a lot of bromeliads in the gardens, in various styles, shapes and colors.  They're really a feast for the eyes. 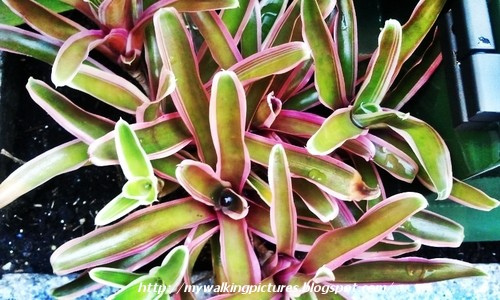 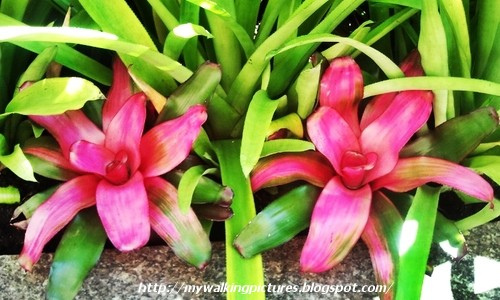 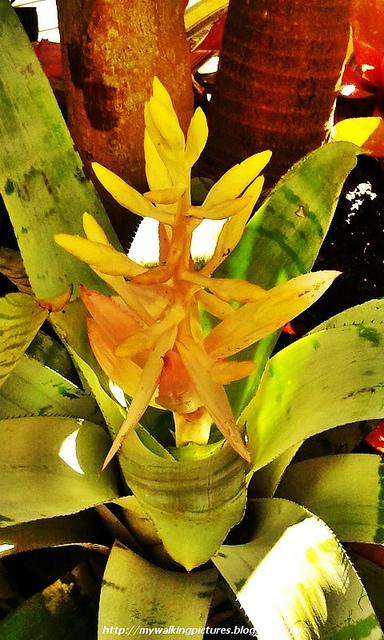 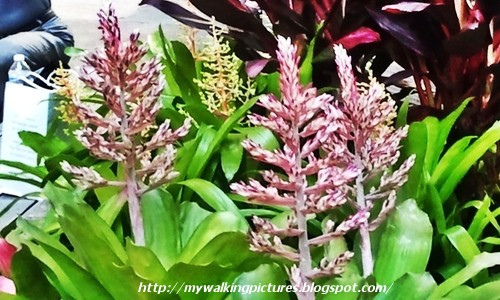 The Channel Gardens is lined with six pools.  At the eastern end of each pool are fountainhead sculptures designed by Rene Paul Chambellan.  These fountainheads are either nereids or tritons.

The nereids are considered goddesses of the sea and were the patrons of sailors and fishermen.  They came to the aid of men in distress, and had in their care the sea's rich bounty.  They dwelt with their elderly father Nereus in a silvery cavern at the bottom of the Aegean Sea. The tritons, a plurification of the god Triton, were usually represented as mermen, having the upper body of a human and the tail of a fish. Together they formed the retinue of Poseidon, the Olympian god of the sea, rivers, flood and drought, earthquakes, and horses. 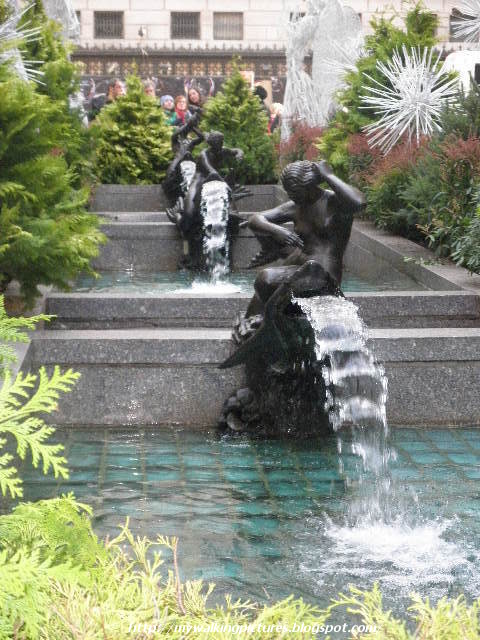 A close-up of the nereid Imagination. 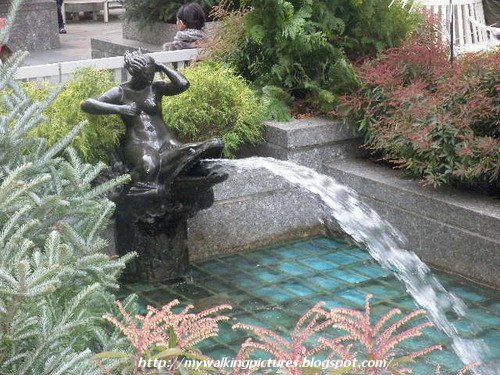 and the triton Alertness. 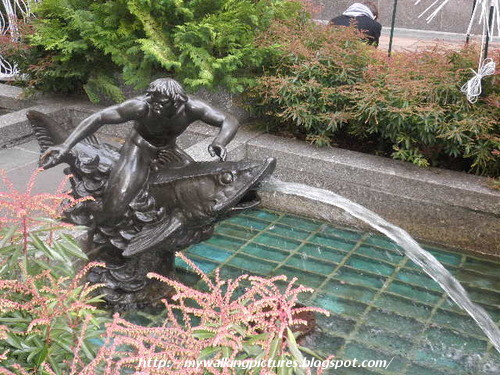 The sea theme extends to the pool drains, these are covered with sea creatures like a turtle, a crab, and this starfish. 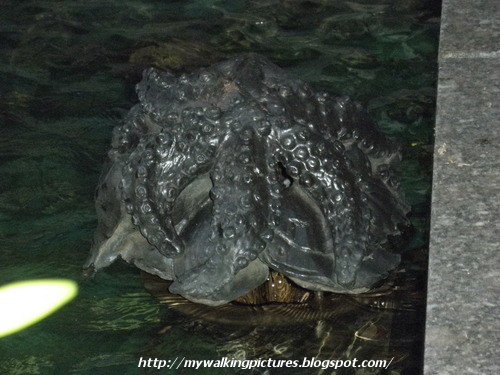 If you stand at the center of the small walkway between the pools and gaze westward, you can see the centerpiece of the Rockefeller Plaza, the Prometheus fountain, and a little further, the impressive art deco frieze Wisdom, above the doorway of the GE Building. 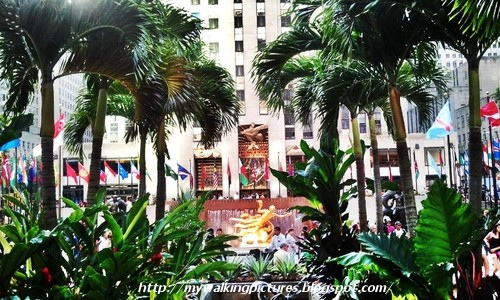 Rockefeller Center's facebook page is sponsoring a contest, Ground Up.  The contest rules are very easy:

And it just so happened that the day I was taking pics of the gardens, the current landmark of the contest was the Channel Gardens.  So I submitted one of my pics. 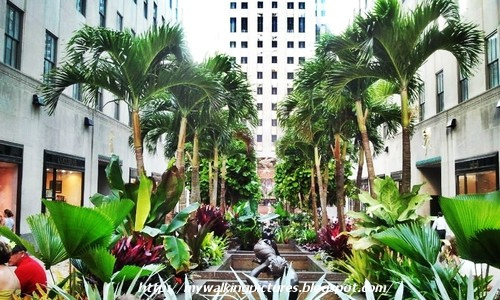 And tweeted a collage of my photos to @rockcenternyc 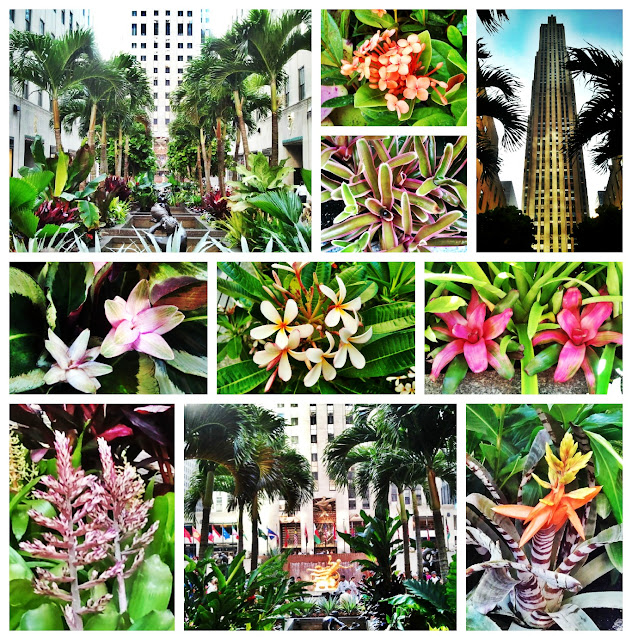 How cool is that? I get to enjoy the beautiful flowers and views of the Channel Gardens and at the same time receive free tickets to Top of the Rock! So exciting!

Last week, I used that free ticket and enjoyed my time at the Top of the Rock.  I will share my pics and write about my experience there in a future blog. I'll probably be back, hopefully in autumn when the leaves start to change color. I'm sure the view from up there is awesome.

So guys, if ever you have the chance to visit Rockefeller Center, take lots of pics and join in their Ground Up contest and you may be lucky -- like me! :-)

For the rest of my Channel Gardens pics, here's the album on Flickr.