Say It With a Bench

Central Park has over 9,000 benches and during my walks around the park I noticed some have plaques on them. I didn't give this much thought before since I don't usually sit unless I need to, like when I'm eating lunch, or during spring or summer when it's nice to sit on a bench by the Conservatory Garden and read a book in the shade. 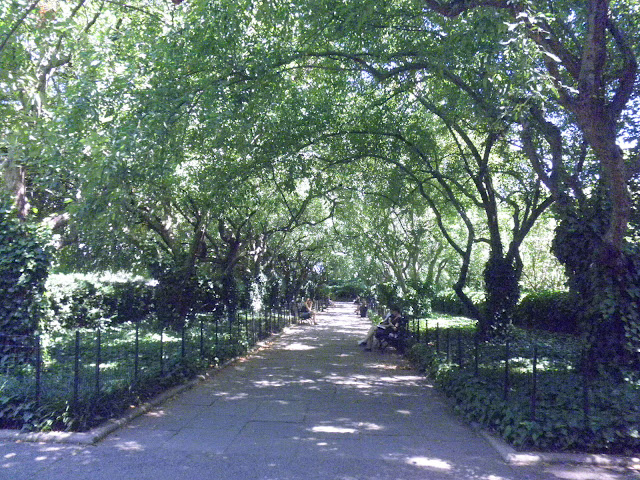 I was walking in the park a couple of weeks ago and saw a guy sitting on a bench and playing some drums.  I stopped for a while to watch and as I was about to leave, my eyes fell on the plaque on the adjacent bench. 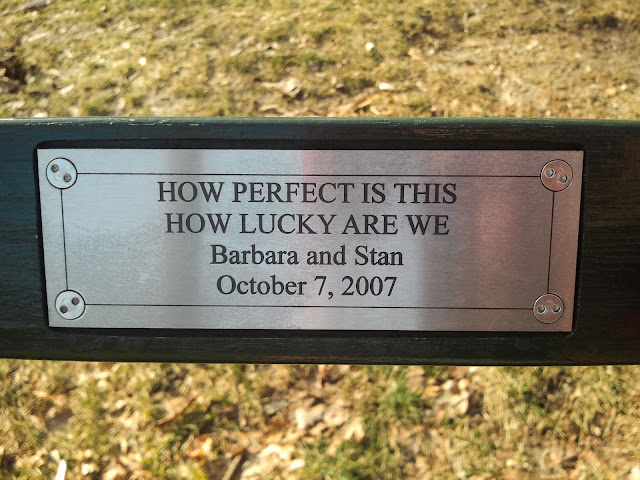 I love the message and that's when I started to read the different inscriptions on the bench plaques.

A plaque on a bench means that the bench has been adopted to help maintain and endow the care of all the benches. The Central Park Conservancy established the program in 1986 and to date more than 2,000 benches have been adopted.

Most benches can be adopted for $7,500.00.  Since adopting a bench is not on my priority list for now, I will just share some of the plaques I've seen.  Most are a kind of memorial to a dearly departed while some are celebratory to commemorate a birthday or anniversary like this one .. 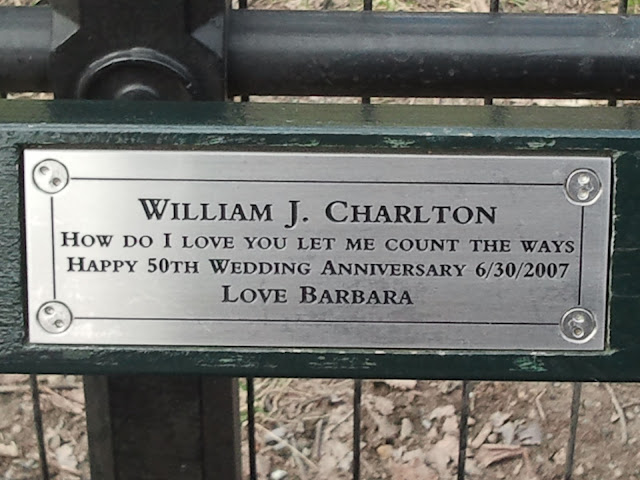 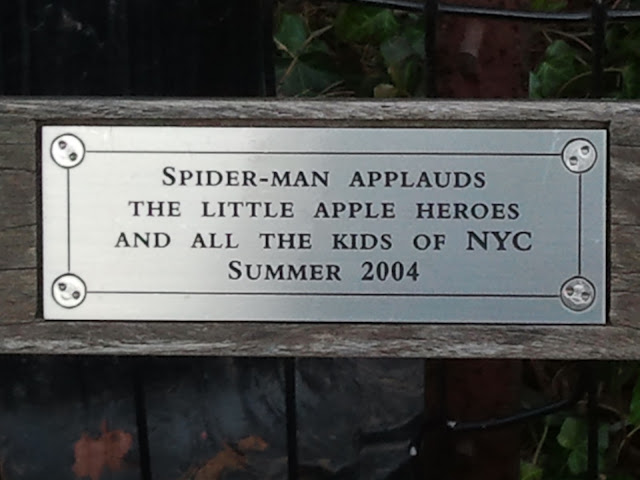 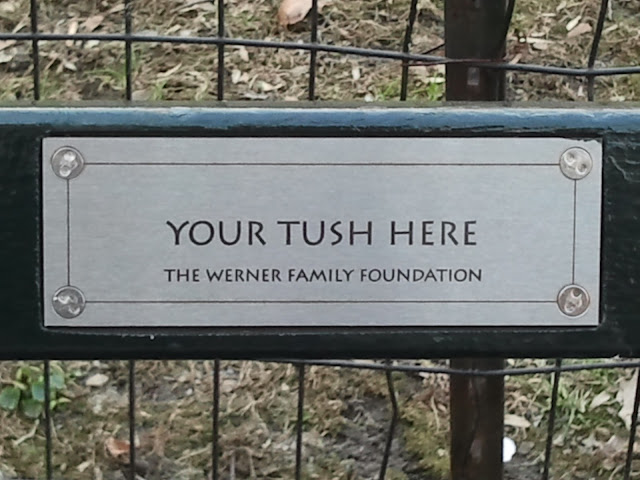 Some makes you stop and say a prayer .. 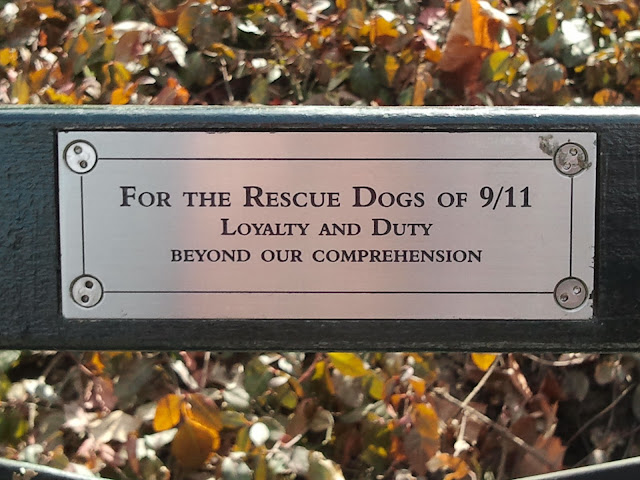 Some a little wistful .. 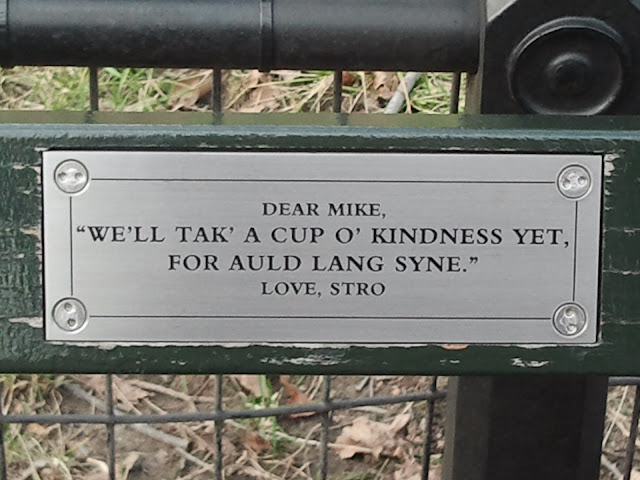 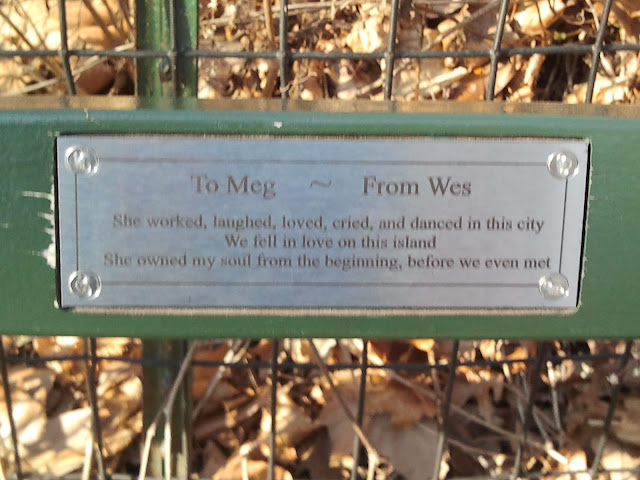 Some don't even have the name of the sponsor but you don't need names with these words. 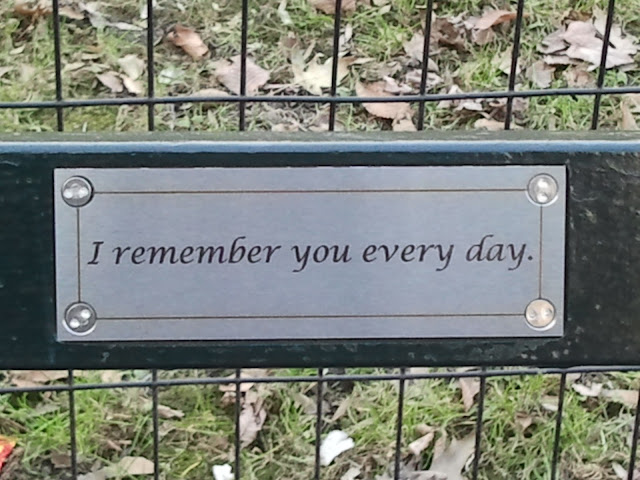 And I came across one with a sketch of a face in side view .. 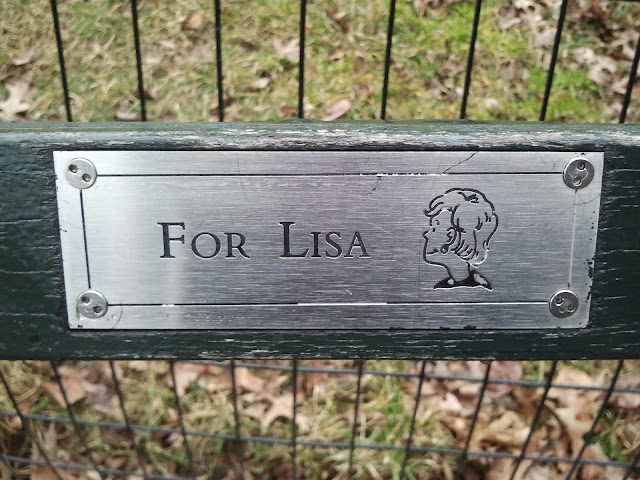 I even found one with my name! I may not understand what the plaque means but seeing my name there was cool! 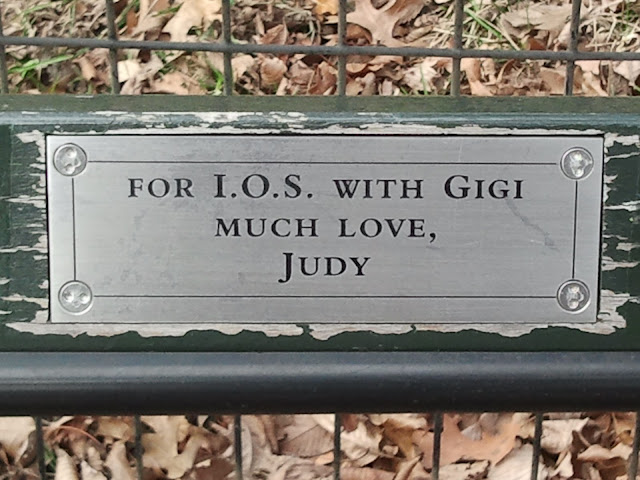 But the ones that really made me smile were the marriage proposals. It was so heartwarming to read the messages, and so fitting to share with you all on the eve of the day of hearts. ♥ 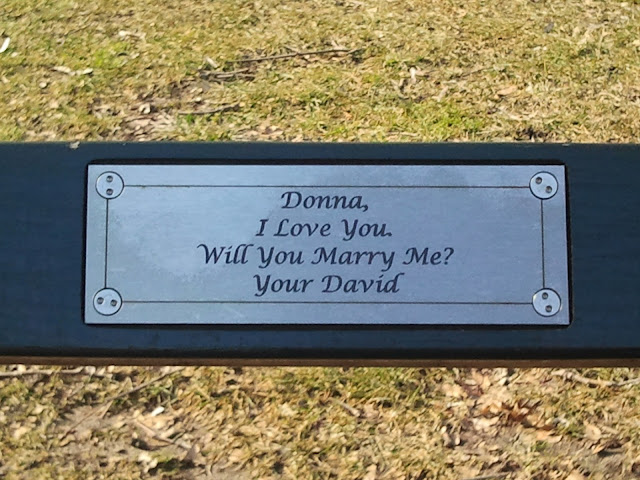 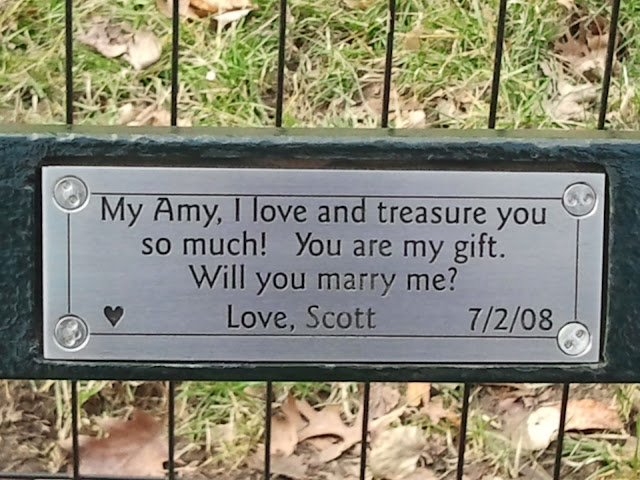 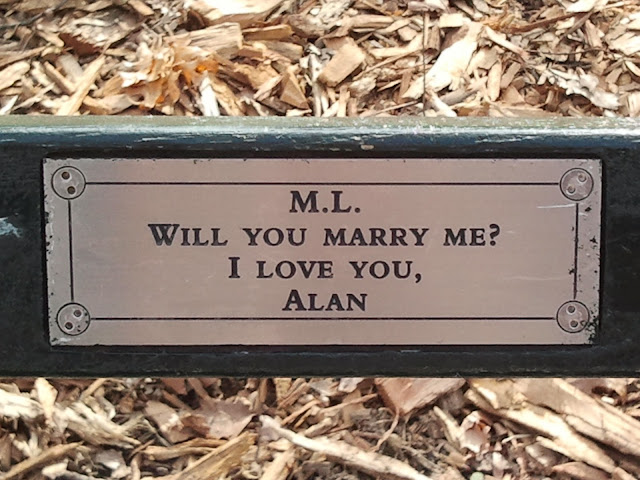 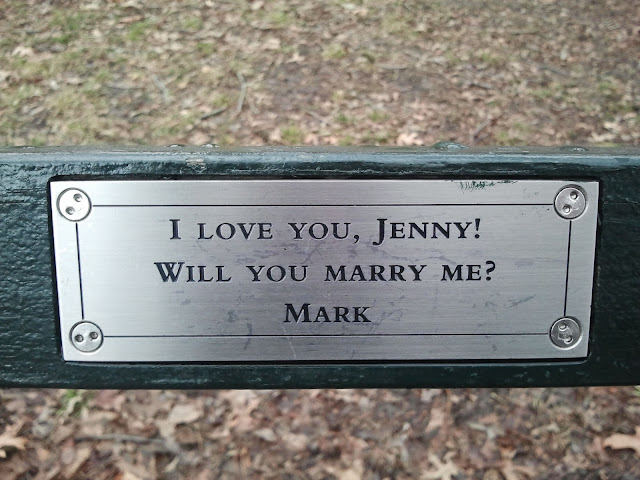 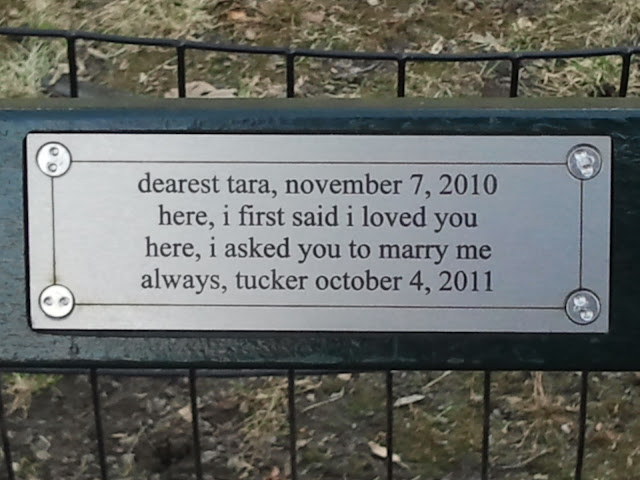 The answers to the marriage proposals made me smile even more. 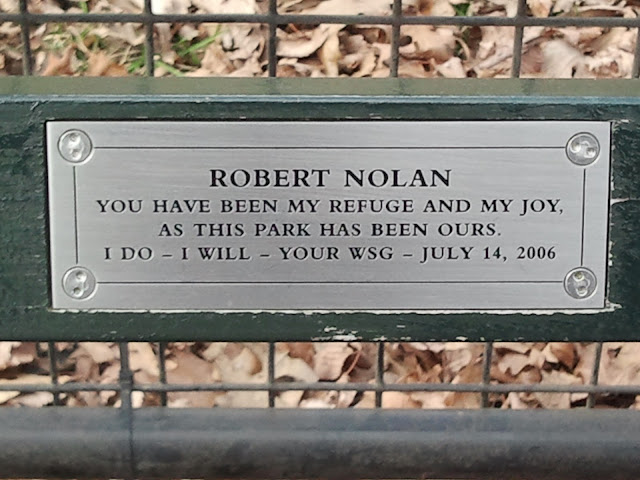 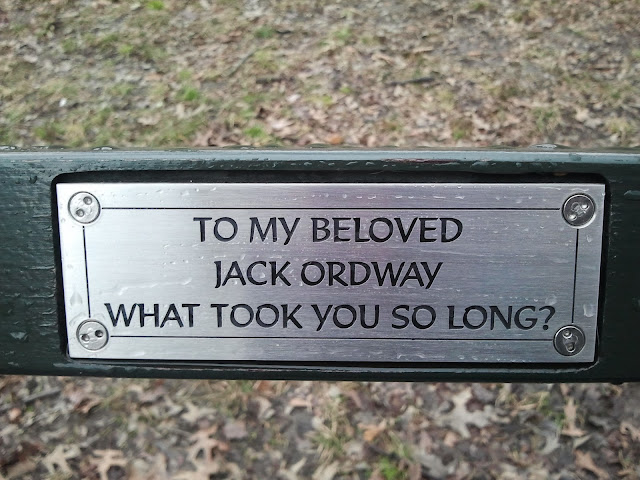 While this one just warms the heart. 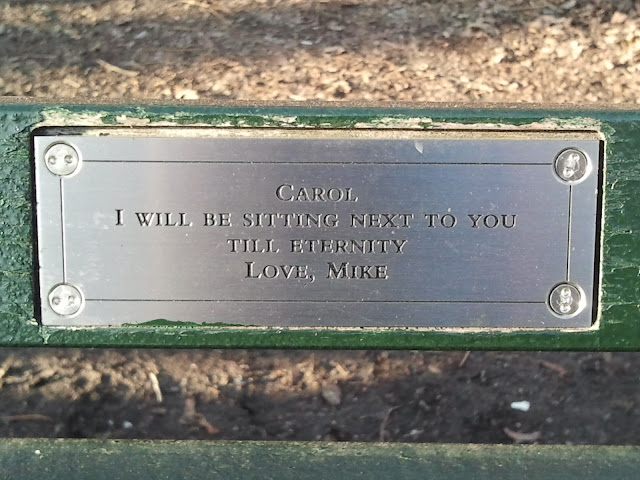 There are still hundreds of plaques I haven't read and for sure the messages there are as heartwarming as the ones I posted above.  Thank you Central Park, you bring joy in so many ways.  I guess this plaque says it all .. 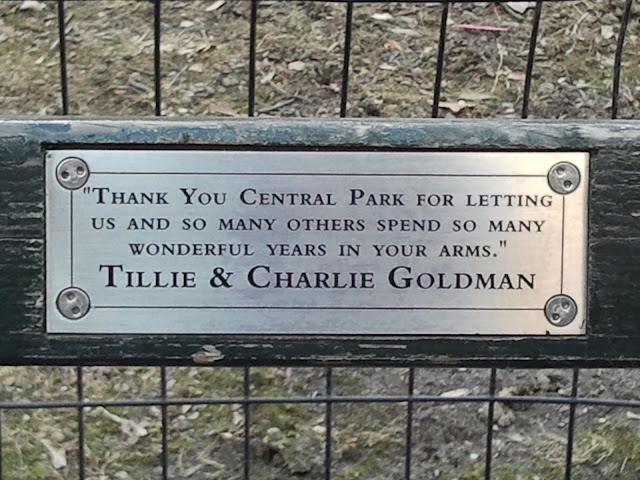