May Flowers at the Central Park Conservatory Garden

The Central Park Conservatory Garden is beautiful no matter the season.  I was there at the beginning of spring, enjoying the early spring blooms. The three fountains in the garden weren't turned on yet but the crabapple trees lining the Center Garden were already starting to bloom. 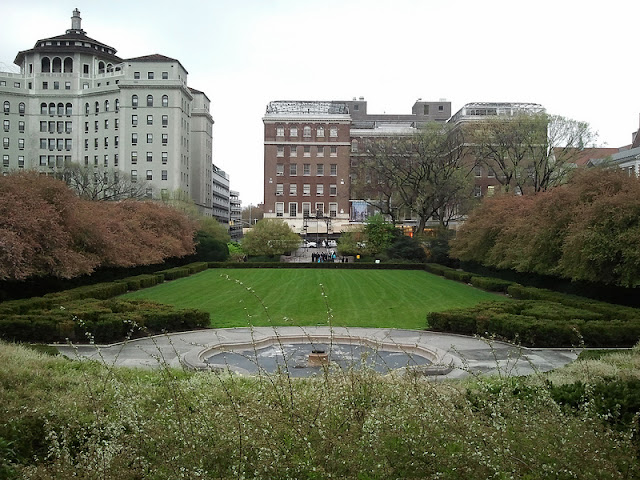 This was a pic I took on a walk in the gardens around the first week of May last year when the crabapple trees were in full bloom. 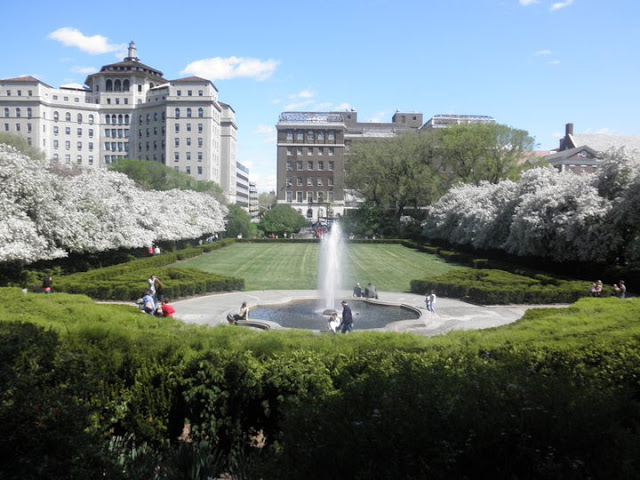 I went back again about two weeks ago.  The crabapple trees were no longer in bloom but a lot of people were in the gardens, enjoying the fountains and the flowers, as well as the mild weather. 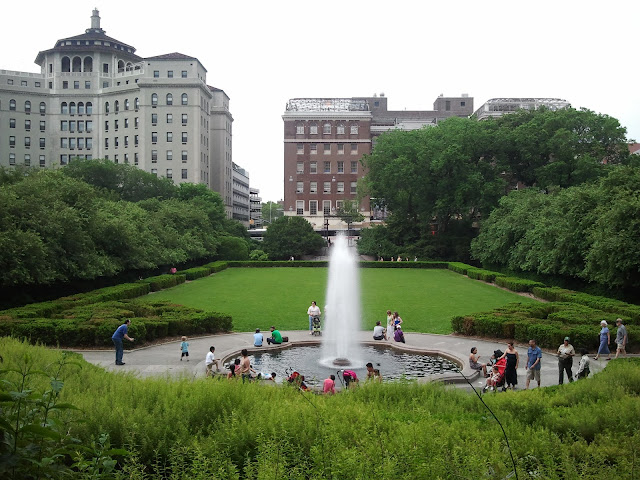 I went to the park through the 110th Street entrance, which leads you to the Northwoods at the west side and Harlem Meer on the east side.  Approaching Harlem Meer I saw Duck Island and one sun worshipper. 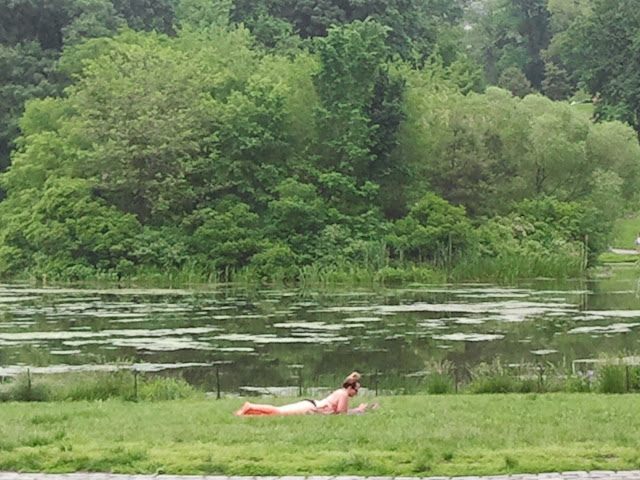 Water irises were blooming around the Meer near the Charles Dana Discovery Center. 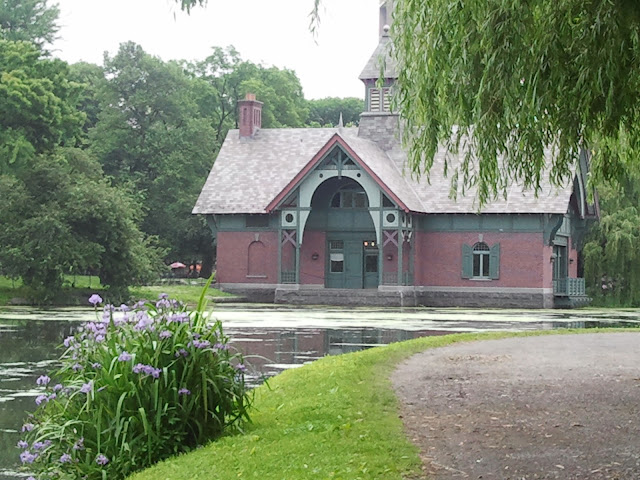 I also saw some flowering trees across the Discovery Center but I don't know what they are called.  They have pretty light yellow flowers. 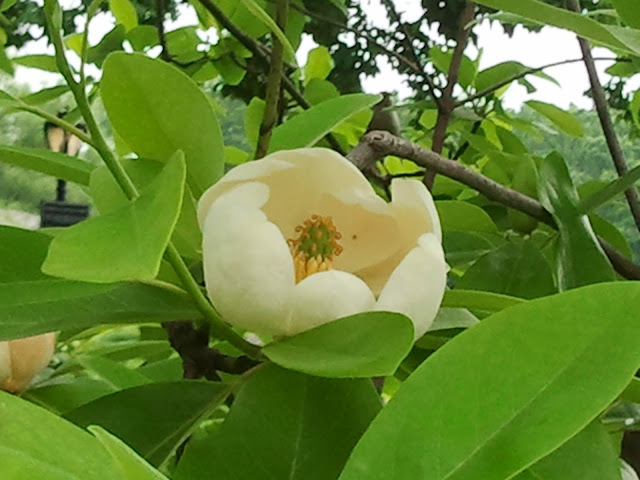 There were also some people fishing in the Meer.  Only catch and release fishing is permitted, and you can borrow a fishing pole if you want to fish, which includes free bait of corn kernels, the only bait allowed for use when fishing in the park. 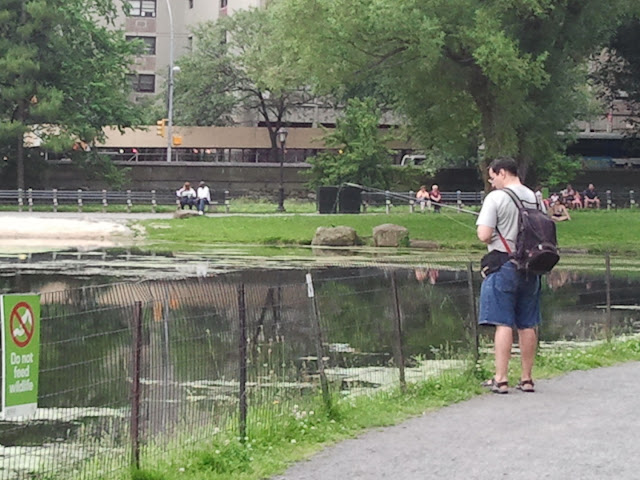 The end of Harlem Meer leads right to the French Garden section of the Conservatory Garden.  The centerpiece is the "Three Dancing Maidens" fountain by German sculptor, Walter Schott, which once stood at the home of Samuel Untermyer's estate, Greystone, in the Bronx. 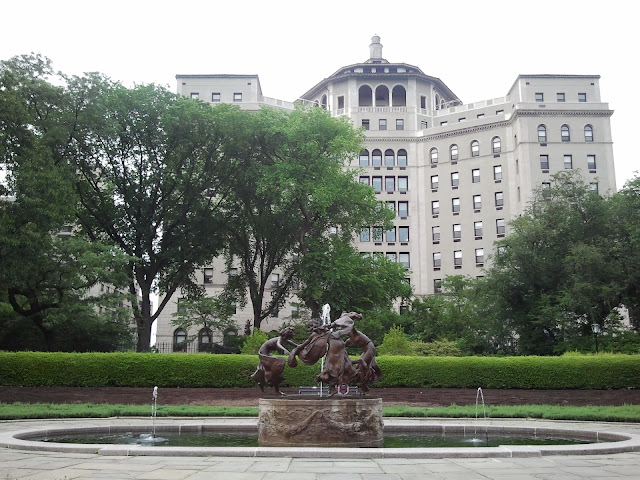 The roses surrounding the fountain area were still in bloom. 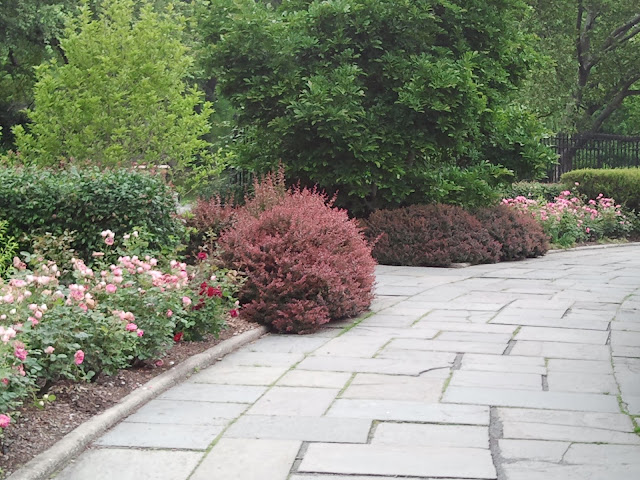 Next to the French Garden is the Center Garden.  The wisteria arbor at the back of its fountain was teeming with greenery. 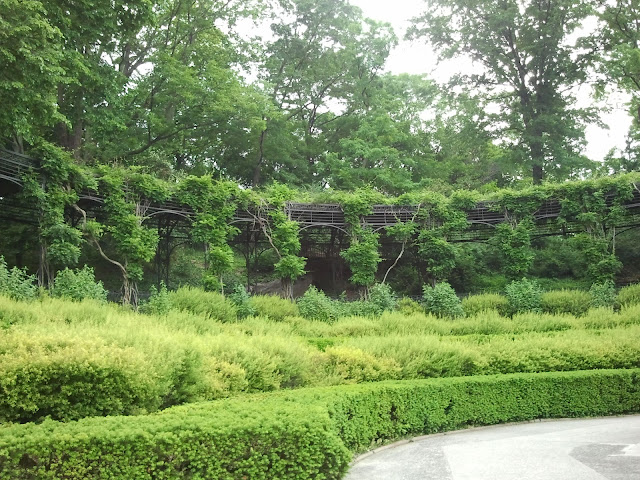 At the other side of the Center Garden is the English Garden.  It was blooming with lots of pretty flowers. 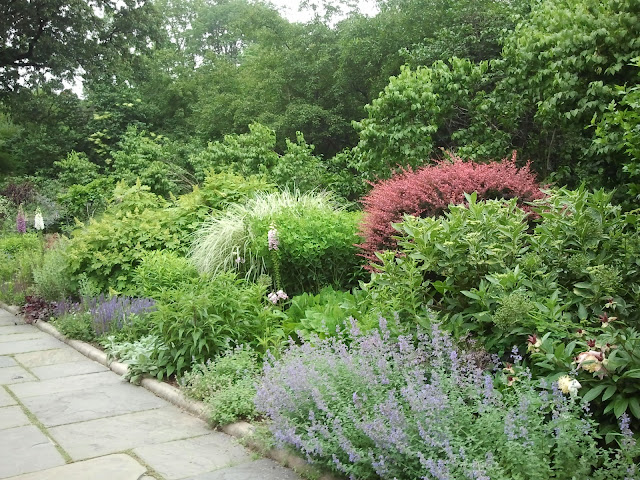 There were a lot of foxgloves in different shades of pink and white. 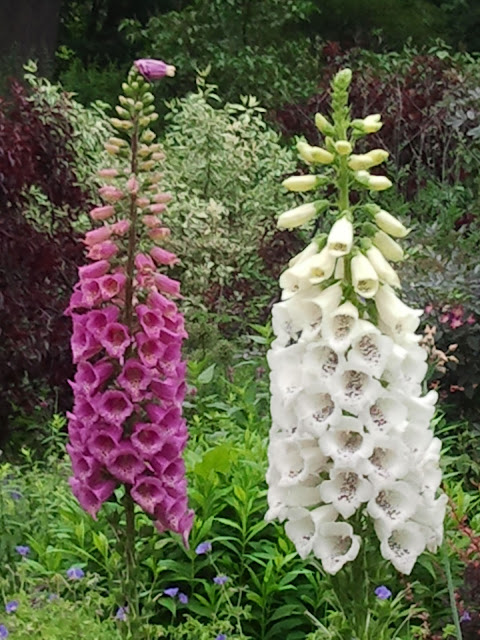 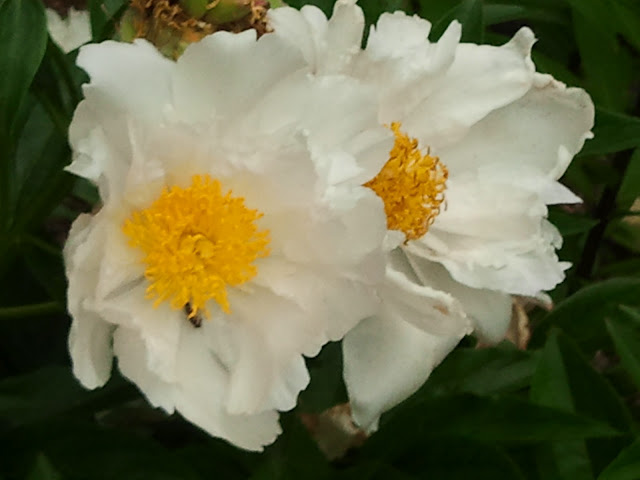 My favorite lilies were there .. 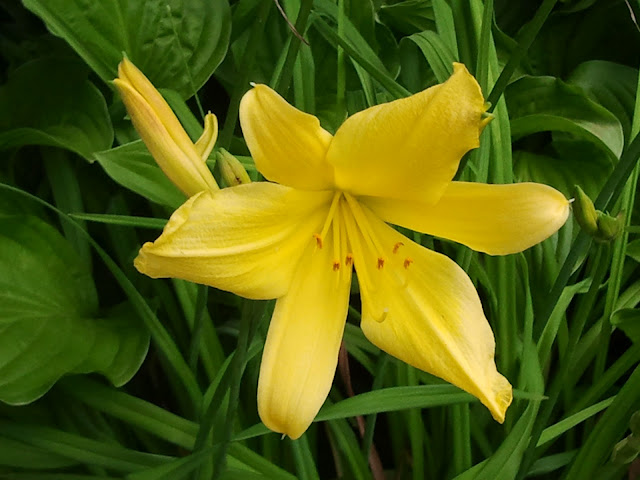 and I think these are dahlias. 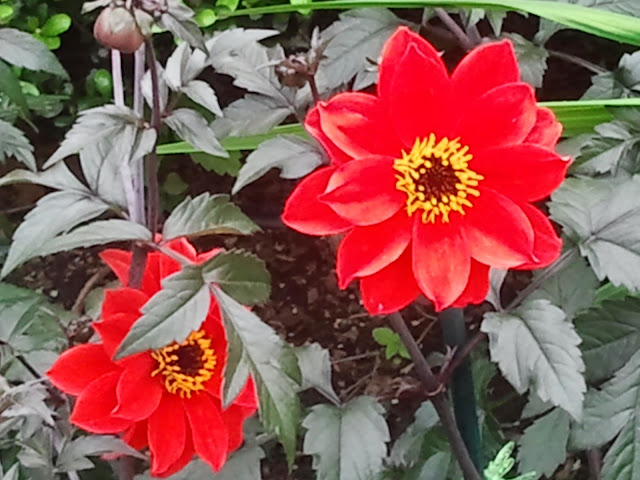 There are also some flowers that I don't know the names of, like this one .. 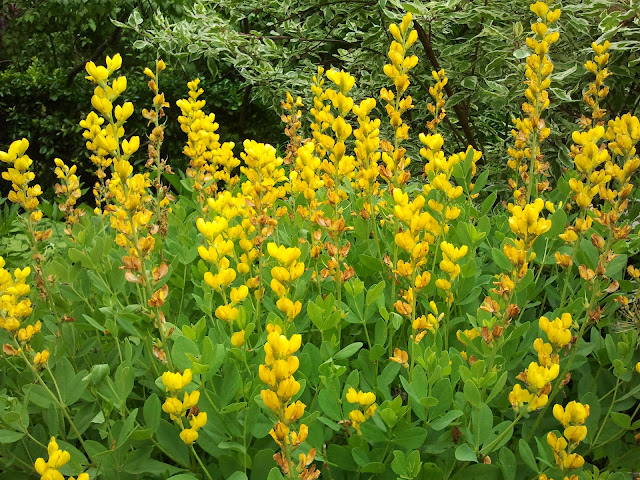 but it was the very unique black petunias that I spent a lot of time looking at.  It was my first time to see real black flowers. Awesome! 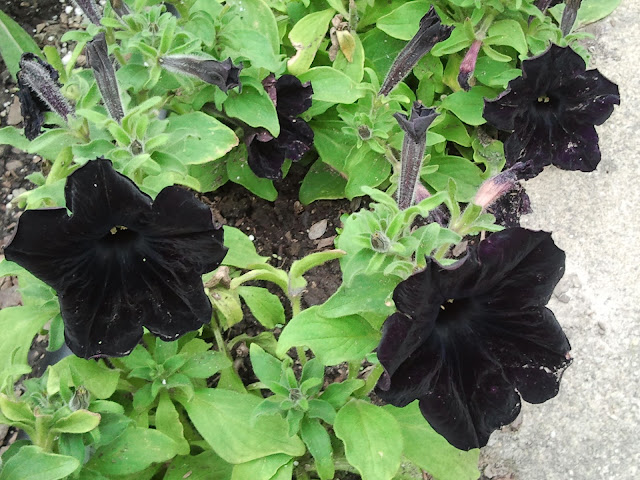 I stayed there in the English Garden, sitting down on one of the benches and just enjoying the beauty all around. This was my view, so peaceful just looking at the pretty sight and hearing the birds sing. 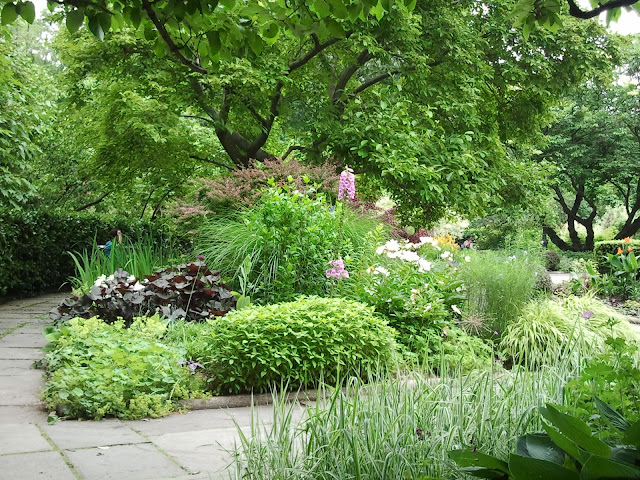 One more round of walk in the gardens before going home.  The lovely Burnett Memorial Fountain always brings a smile. 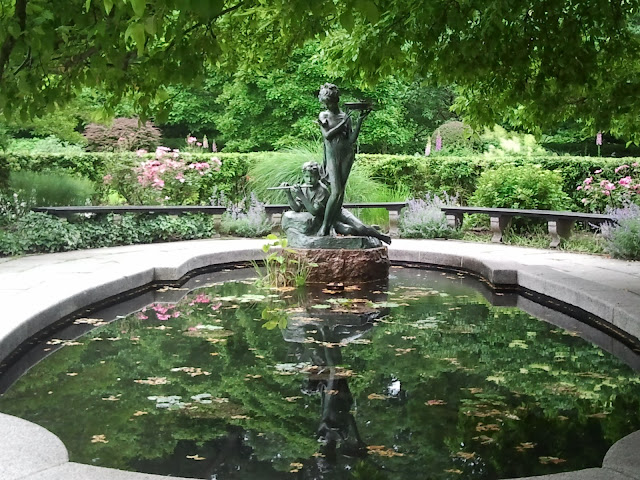 And  I've always loved this walkway or allée at either side of the Center Garden, underneath the shade of the crabapple trees. Sometimes when I walk there, I stop by to sit on a bench and read a book. 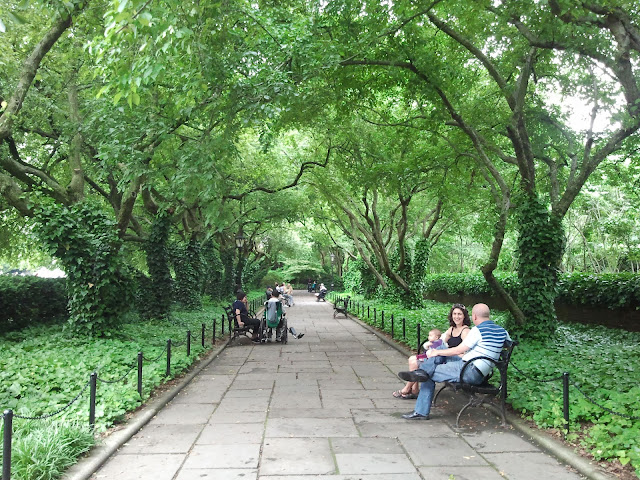 The benches at the Conservatory Garden are also part of the Park's Adopt-a-Bench program which I wrote about in a previous blog. Saw this bench plaque in one of the benches along the Center Garden. 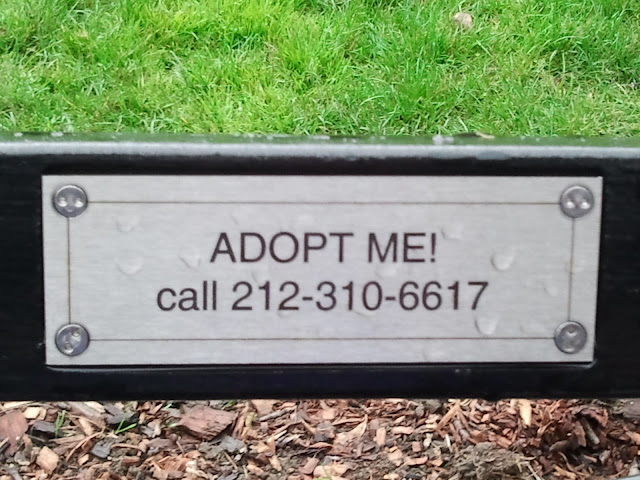 The gardens are popular venues for weddings. That day, on my way out, there was a wedding party having their picture taken by the Vanderbilt gate. 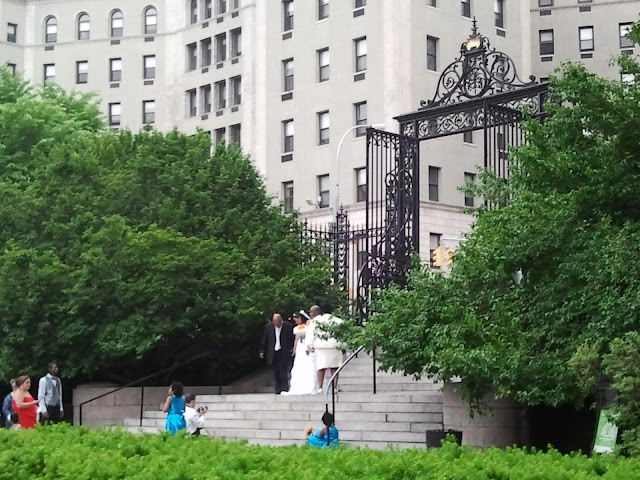 A walk among plants and flowers really makes the walk so worthwhile. I'll try to drop by the Conservatory Garden again maybe in a month or two. By then different sets of flowers will be in bloom. I'm looking forward to it!

“This month it was the month of May, And all along the pleasant way,
The morning birds were mad with glee, And all the flowers sprang up to see.”

“The Secret of Arcady”
by Louise Moulton