There are two show windows facing Fifth Avenue and the first one featured the beautiful Vanderbilt gate of the Conservatory Garden along with a dazzling necklace with a key pendant. 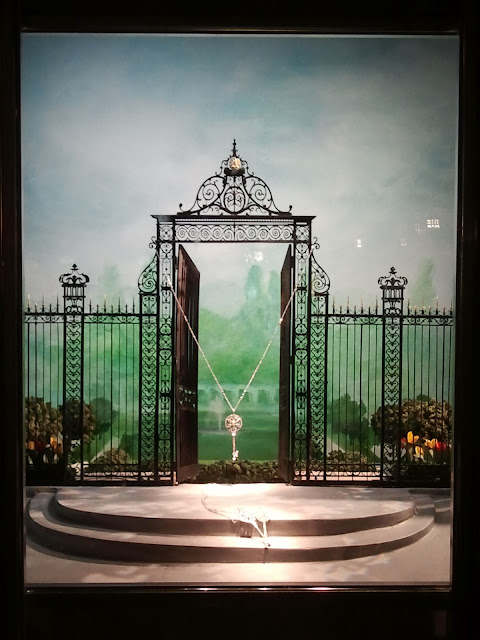 Here's a pic I took of the Vanderbilt gate one summer day. 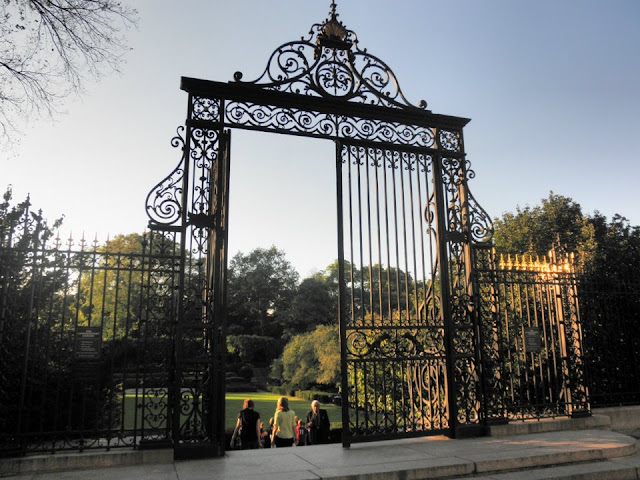 And a close-up of one of the gate's features. 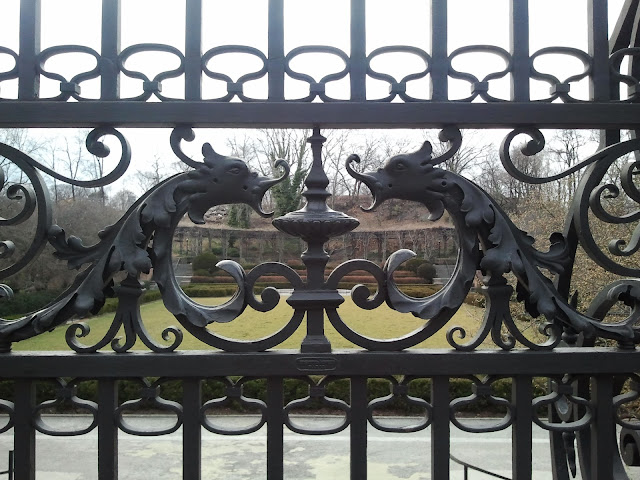 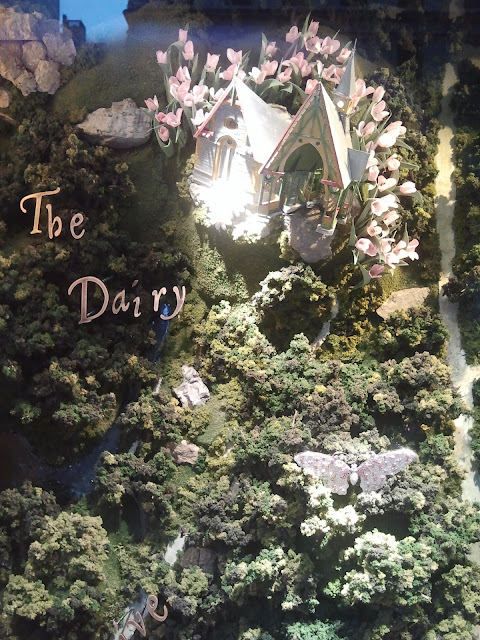 The Dairy House is now used as an information center and gift shop. From the park website ..

The Central Park Dairy at present time, a pic taken on a walk near the end of winter. 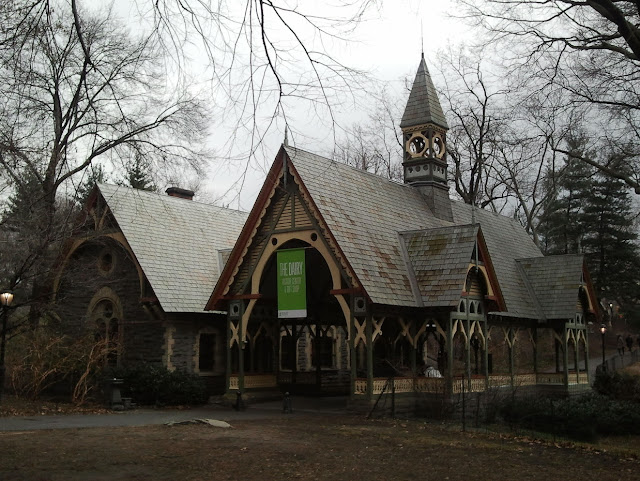 The above show window also has a sort of street map at the bottom of the Dairy House showing the streets and avenues bordering the Park and where Tiffany is in relation to the Park.  The store's address is marked by the famous Tiffany blue box with a jeweled bird on top. 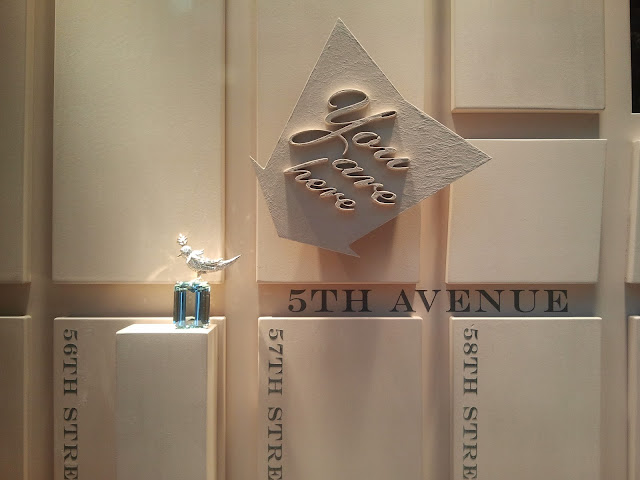 The next three show windows are along the 57th Street side of the store.  The first one showed the Bethesda Fountain.  I couldn't get a decent pic of the Angel of the Waters as the show window is right in front of the Louis Vuitton store and its signage is reflected on Tiffany's show window, but anyway, this was how my pic turned out. Here's a better pic. 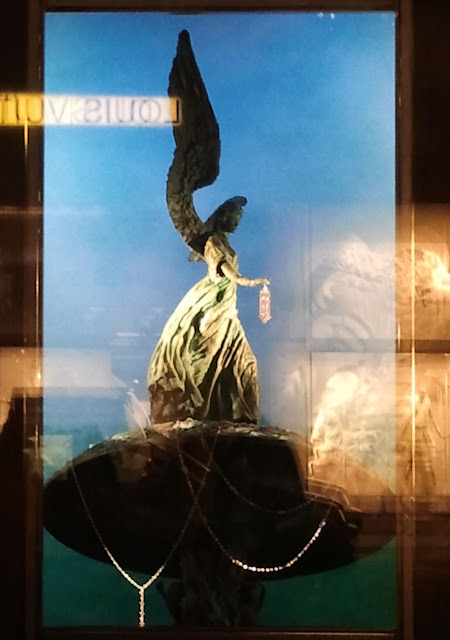 Close up of the fountain base with glittering Tiffany necklace. 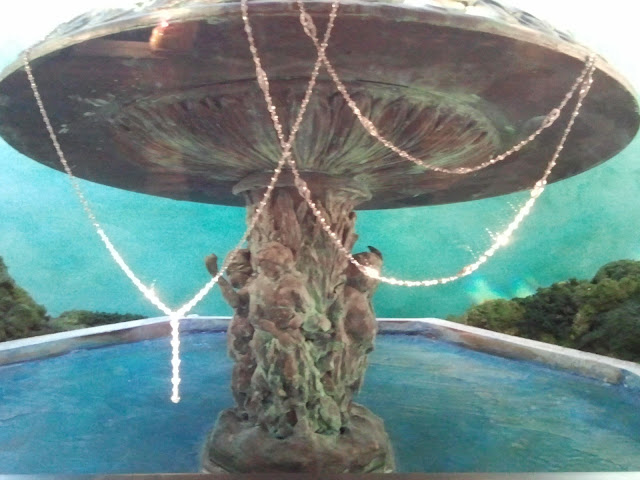 The beautiful Angel of the Waters, I took the pic last month just when a pigeon was flying to rest on the angel's wing.  The four cherubims at the base represent Temperance, Purity Health and Peace. 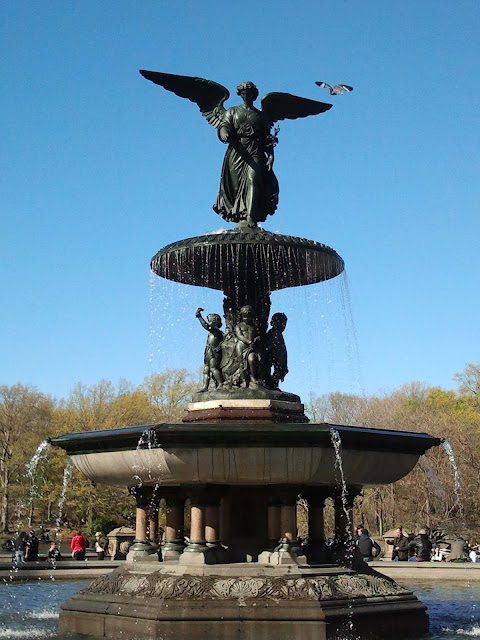 The fourth show window featured the Jacqueline Onassis Reservoir alongside the North Meadow. Again, the LV signage was reflecting on the window so I took close up shots of the two areas. Here's The Reservoir, which also featured a dragonfly brooch. 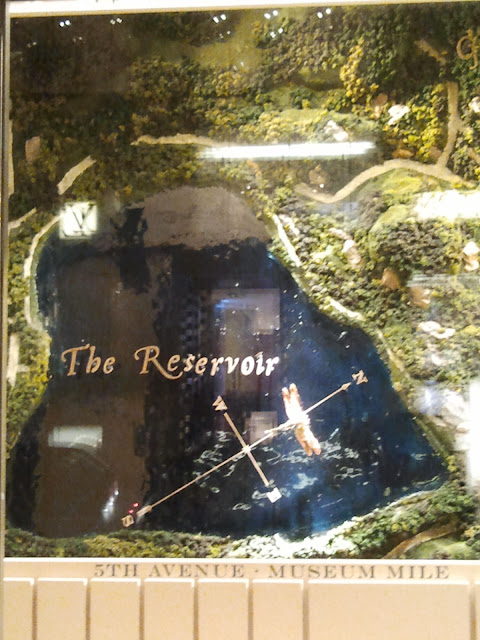 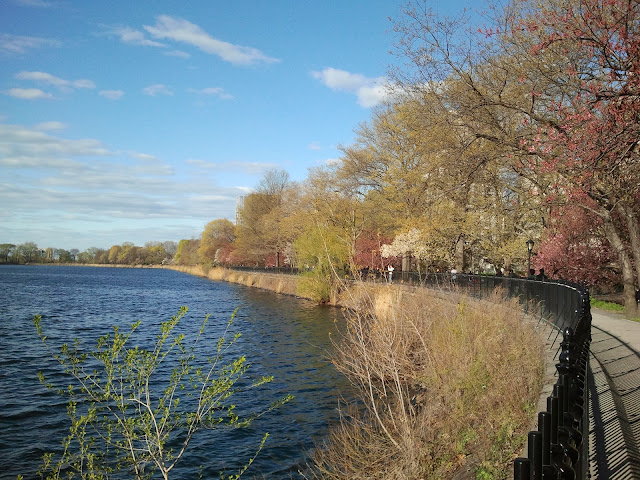 The other half of the show window featured the North Meadow, with a brooch from the store which looks like some kind of flower. 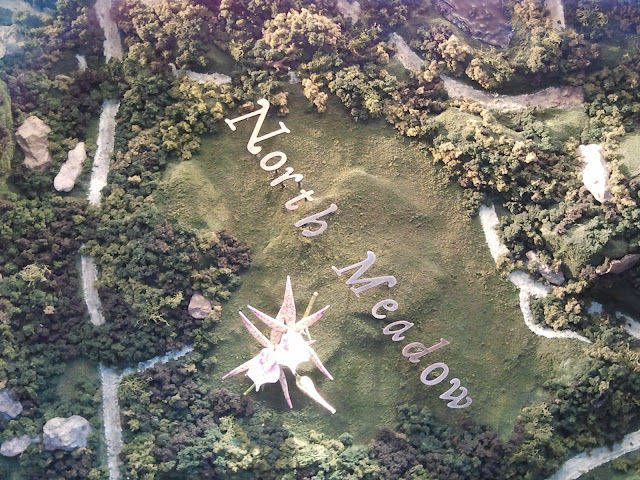 The North Meadow is home to several ball fields.  Here's a pic I took during a walk near the end of winter.  The ball fields were still closed for the season at that time. 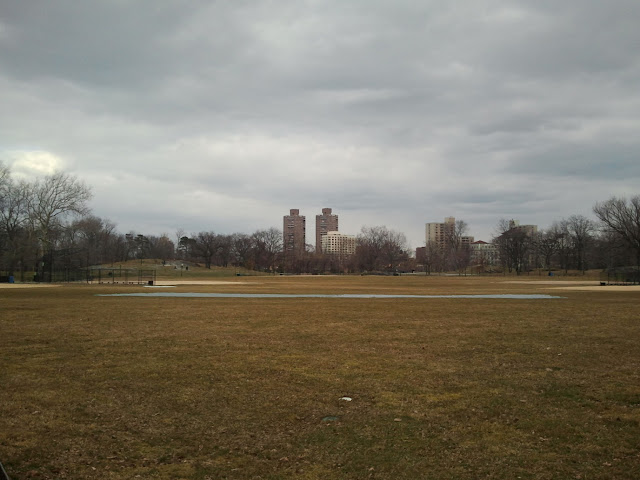 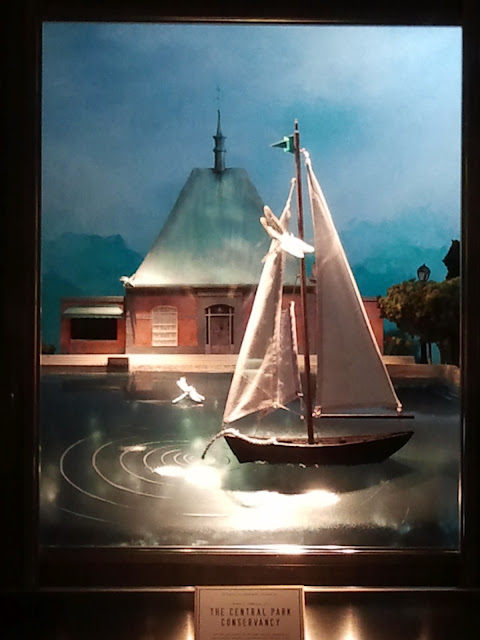 The Conservatory Water with model boats .. no, Stuart Little wasn't there. 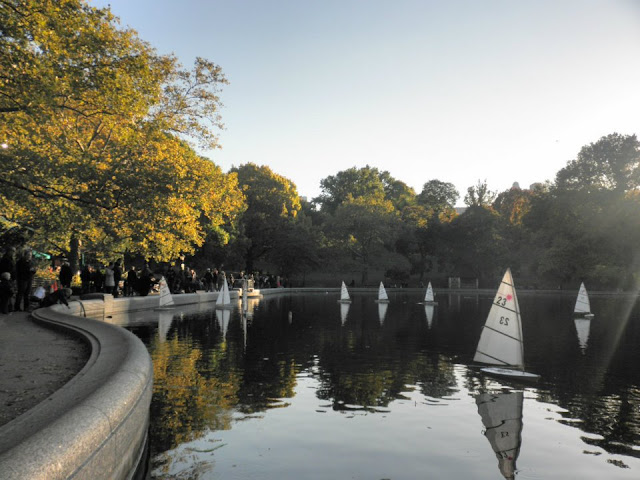 Tried to put all the featured show windows in one frame .. 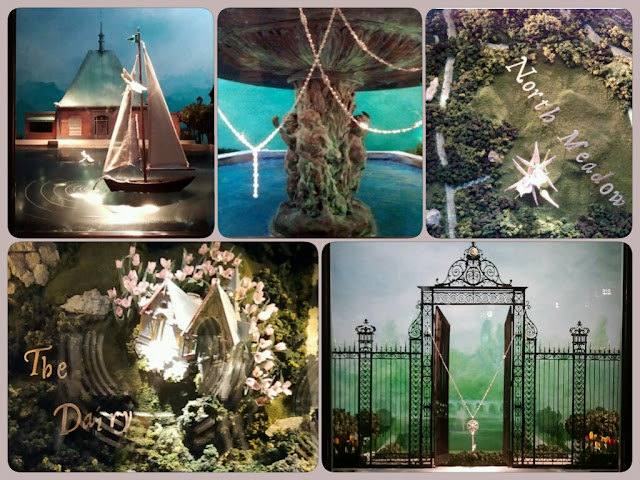 Last day of the window displays was last Sunday, May 6.  I'm happy I was able to enjoy these wonderful show windows. Thank you Tiffany and Co.!

I've always loved the Atlas clock that adorns its building. 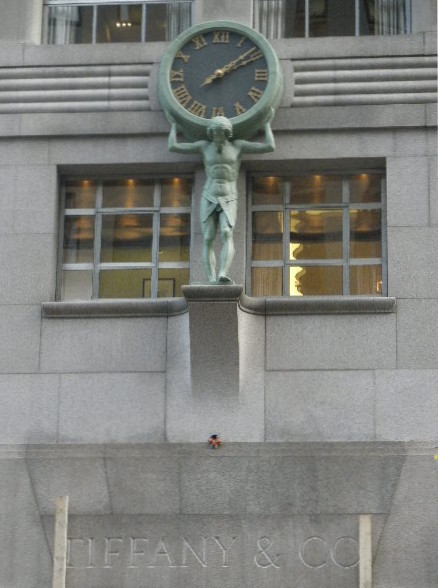 Click on the link to the clock, it has a great history!