A couple of weekends ago I was in Central Park and decided to head down to Shake Shack at Madison Square Park for lunch.  It was a great walk of about 40 blocks and there are a lot of interesting things you get to see walking along Fifth Avenue.

Madison Square Park is located on 23rd Street at the Flatiron district.  The Flatiron Building, which got its name from its shape, is right there in front of the park.  Here's a pic I took upon arriving at the park. 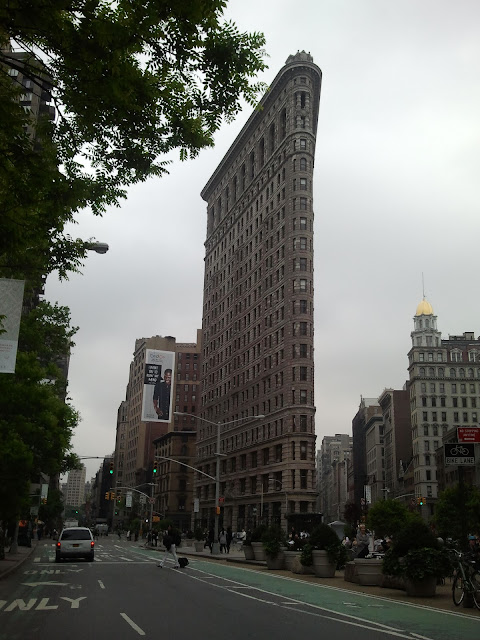 As usual the line of people waiting to order at Shake Shack is long, snaking up to near the park entrance. 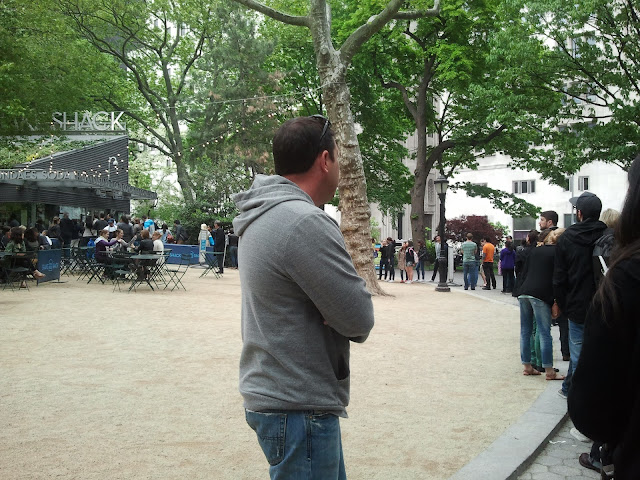 While waiting in line I spied this bench plaque which gave me something to smile about. 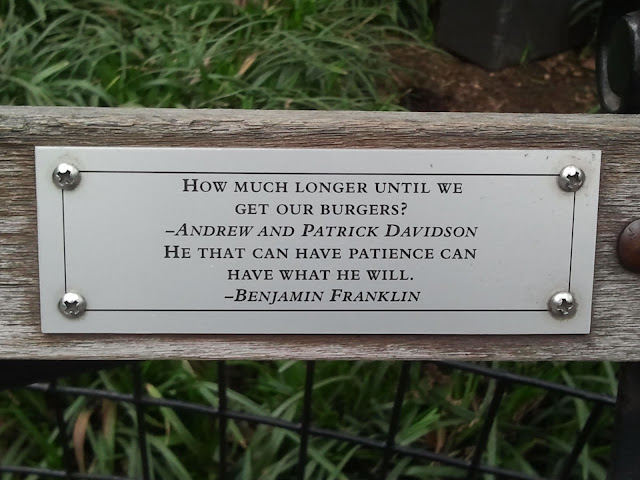 The line also gives you a great view of the Met Life Tower rising among the trees in the park. 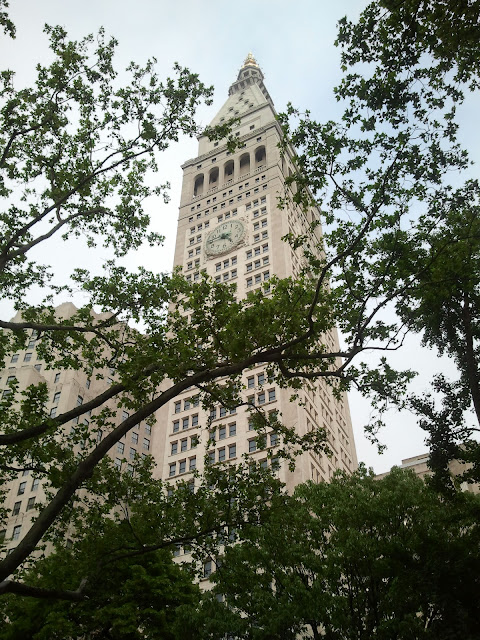 I had my usual Shackburger and fries .. yummy! 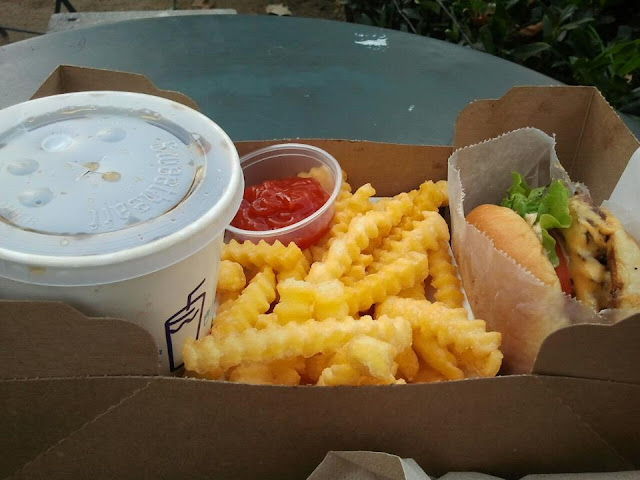 Entertainment was provided by the squirrels who were running up and down their favorite tree stump. Can you see the little guy at the top of the stump? 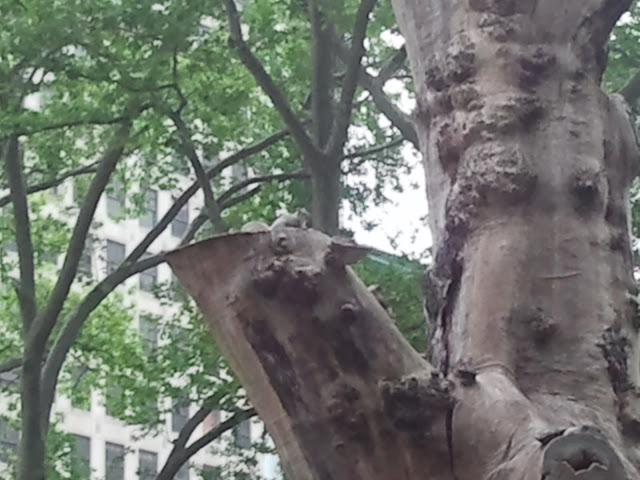 That English elm tree stump is near the park fountain. 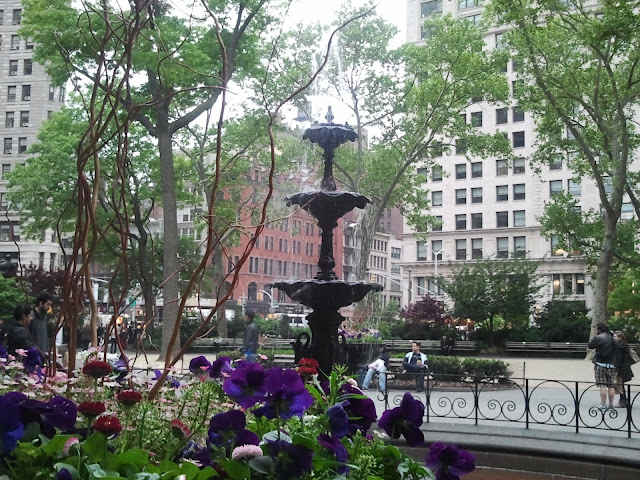 And the Empire State Building can be seen from the park, even in the fog, 10 blocks away. 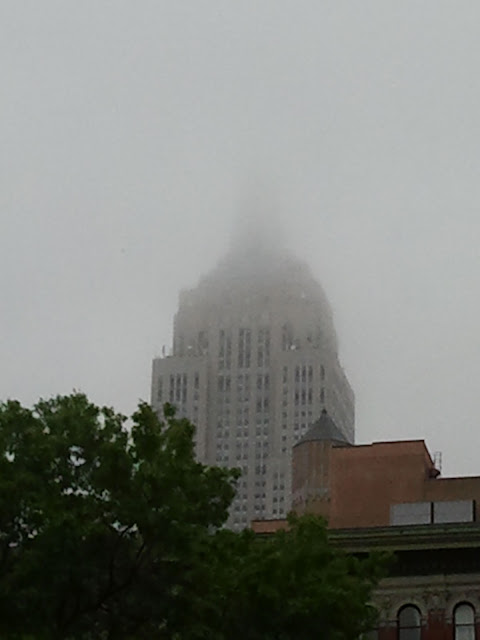 After lunch I walked around the park. The Robert Benmosche Lilac Grove looks beautiful. 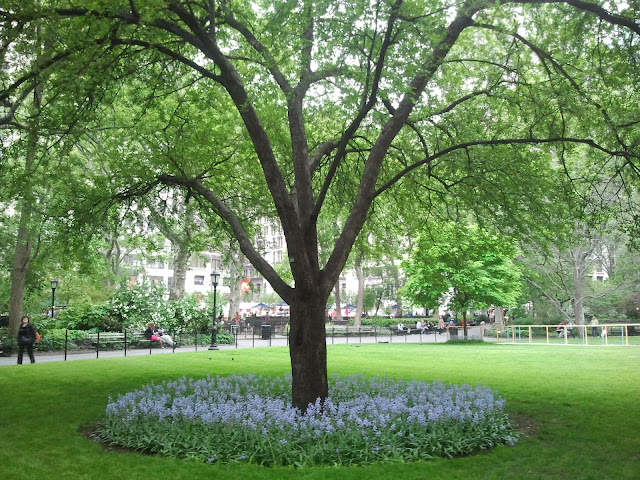 I then followed some colorful tubes that lead to an open area at the center of the park.  These tubes connect to some shapes that makes sounds when you touch them.  This is the park's newest art installation Pet Sounds, an interactive, large-scale, mixed-media installation by acclaimed California-based artist Charles Long.  The installation will remain on view daily from May 2 to September 9, 2012.

Pet Sounds will introduce a snaking network of vibrantly colored pipe railings creating new paths as they wind across the urban oasis. As these railings converge around a common seating area, each railing begins to grow into a unique fantastic form. While the shape of each blob suggests a different set of associations, their uncanny semblances remain wonderfully elusive. As viewers smooth their hands over the undulating biomorphic surfaces, the act of touching produces a variety of sounds and vibrations coming from within the sculptural forms.

This was the first shape I came across.  Looks like a purple whale to me, what do you think? 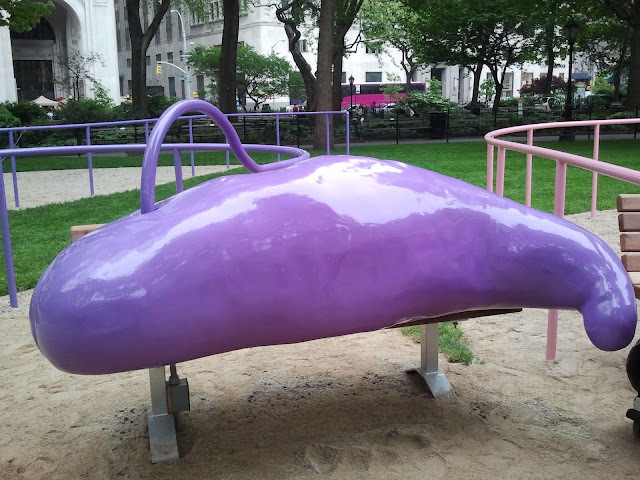 The next shape looks familiar .. a pink elephant! When you touch it you can hear trumpet sounds, too. 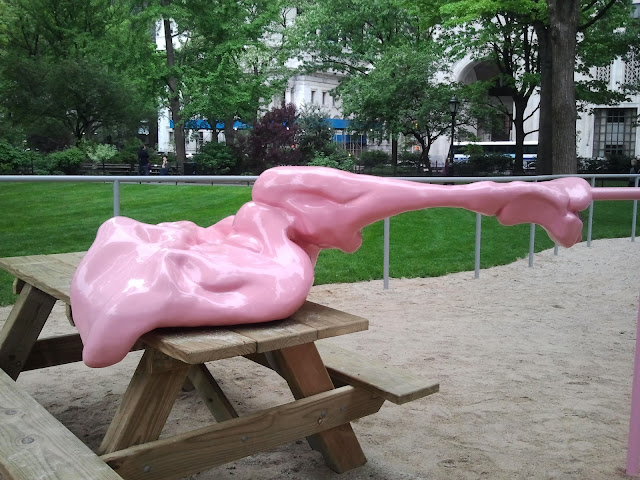 I'm not sure of this next shape, though.  My niece said it looks like a rat but I was thinking of a seal. Hmm, what do you guys say? 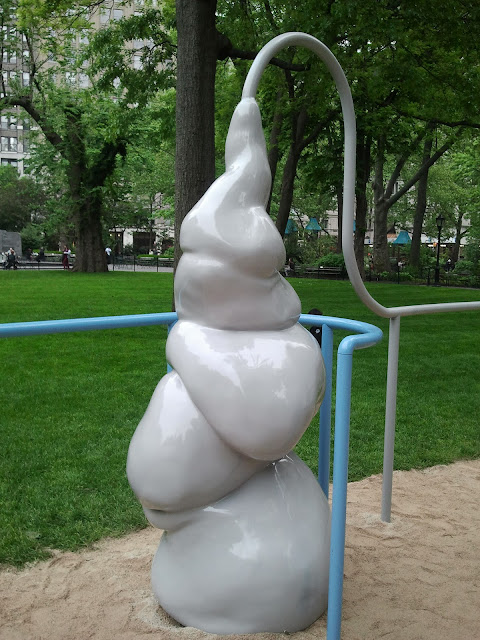 The shape next to the above looks like a bird to me. 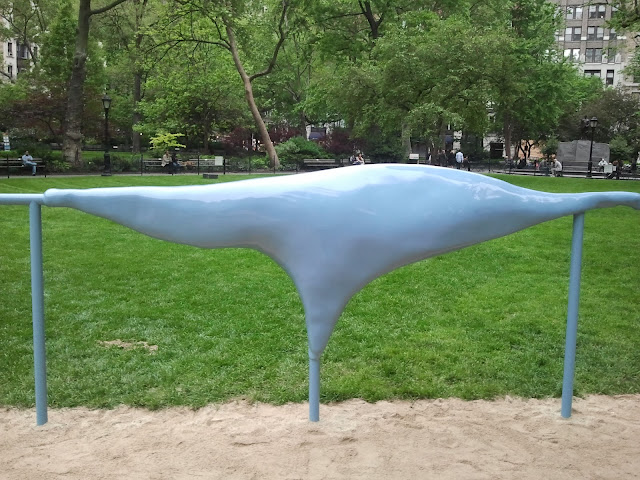 ﻿
Opposite the first shapes are these two shapes, one of which I think is an ostrich or a large walking bird. 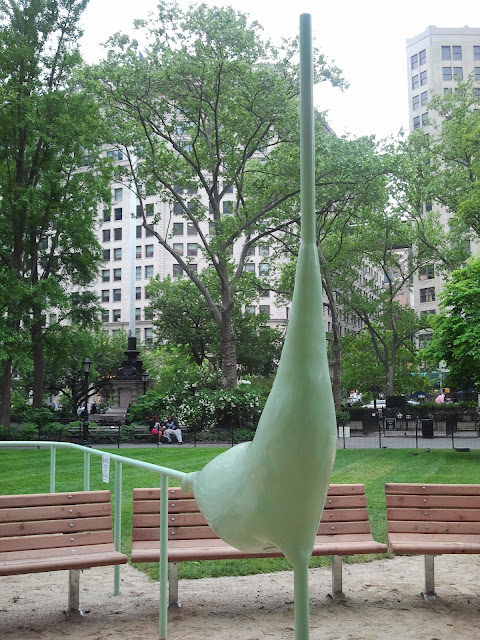 The yellow shape stumped me, though.  I really can't think of anything that resembles it.  I tried listening to its sound several times but I can't make out any specific animal sound. Going around the area, touching these shapes, listening to the sounds they emit, and trying to get what the shapes represent .. that was fun! I hope to visit again before the art installation is taken down.  It sure is a delight, both to kids and adults alike.
.
Here's my album on Flickr.