It has been a mild winter with only one snow storm back in January.  Temperatures have been above average so much so that flowers have been blooming weeks ahead of their usual bloom time.

I've been dropping by Central Park most weekends this winter and I'm going to share with you my winter pics taken at the park.

During the last week of December I went to the Arsenal Gallery.  At the third floor is the exhibit area for Wreath Interpretations. You can see the creativity and originality of each wreath using everyday objects.  Here's one wreath using bottle and soda caps.  For pics of the other wreaths, click HERE. 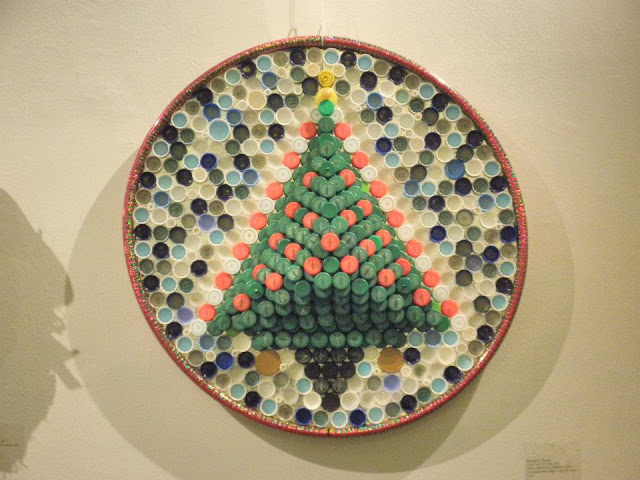 I was also able to visit the park's floating Christmas tree at the Harlem Meer. 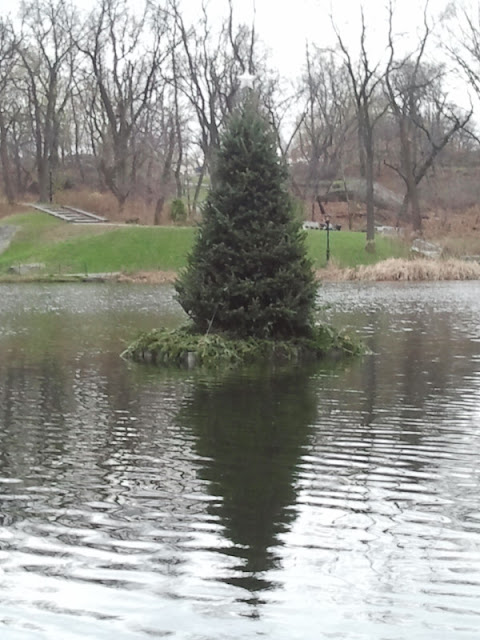 The first week of January was mild. People were enjoying the park.  There were even musicians showing their stuff by the Mall. Yeah, temps were that mild. 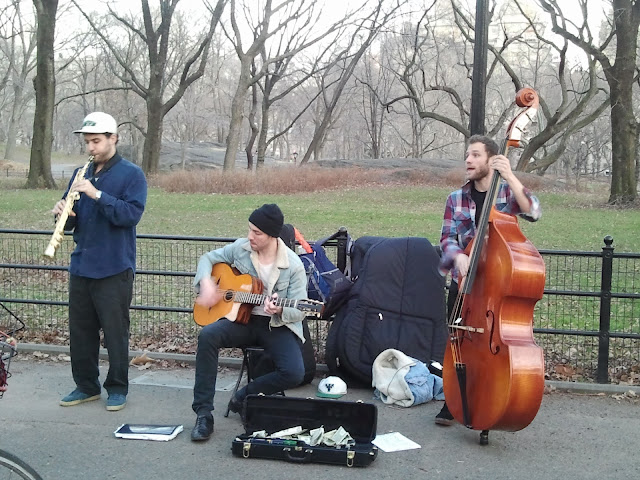 This all changed the third weekend of January when New York had it's first snow storm of the year.  People still went to the park while kids have their sleds ready for some winter fun. 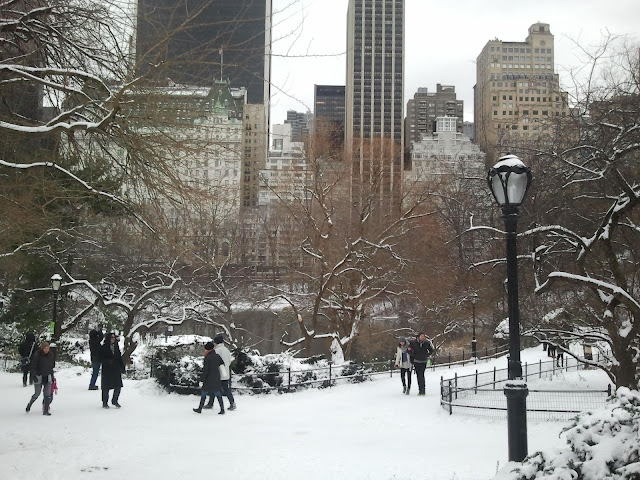 The Monday after the snowstorm was Chinese New Year and I had the afternoon off from work so I went to the Park to walk.  I wrote about it on my second blog.  Some parts of the park were still blanketed with snow although the pathways have been cleared.  I was walking around the Reservoir and it looked so peaceful in snow, rain and fog.  Here's the view looking out to Central Park West. 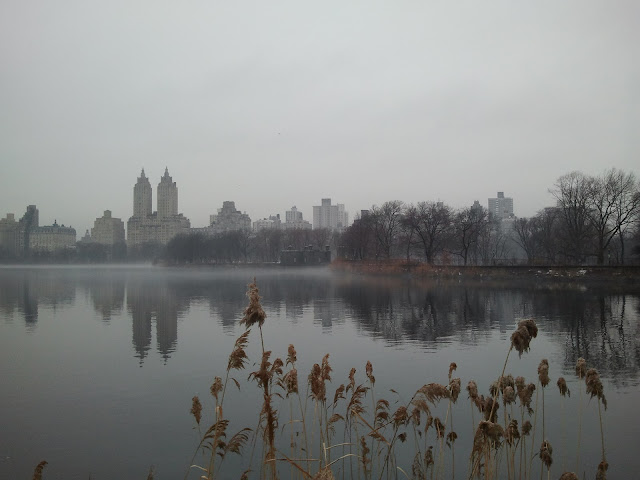 The following weekend turned out to be a sunny one. It was as if it didn't snow the week before. Here's a shot taken from Bank Rock Bridge, the week before I took a shot of the same scene and the Lake was frozen after the snow storm, now it's shimmering in the sunlight 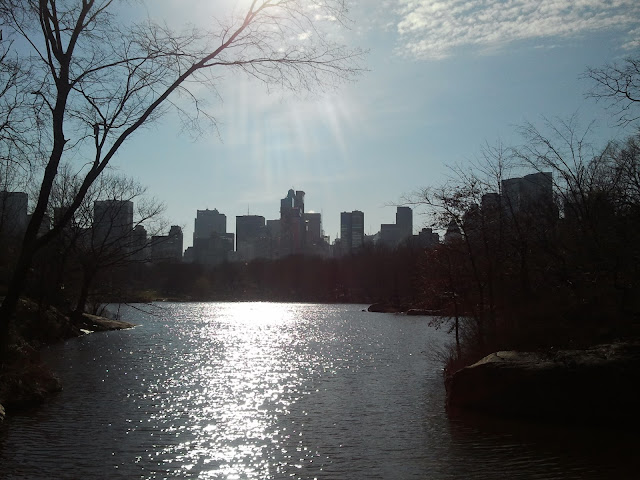 The skaters were also enjoying the day at the Wollman Rink. 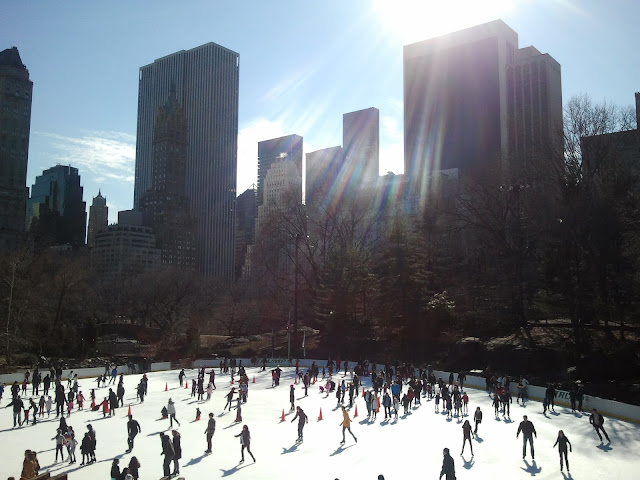 It was still early for the hellebores to bloom but there they were, showing pretty flowers near the Mall the first week of February. 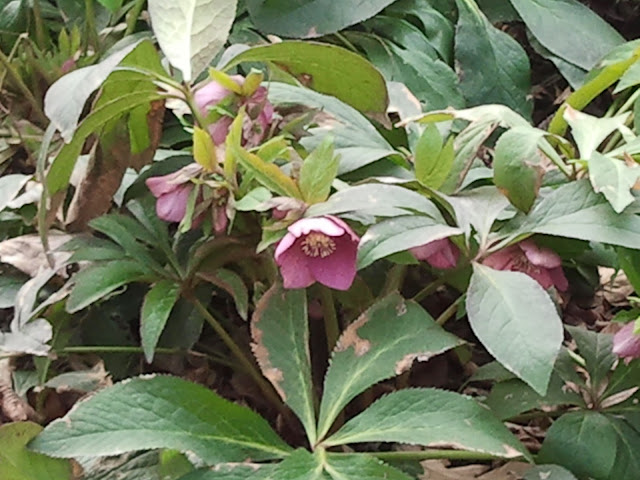 And the ducks were at the Pond celebrating Valentine's Day. 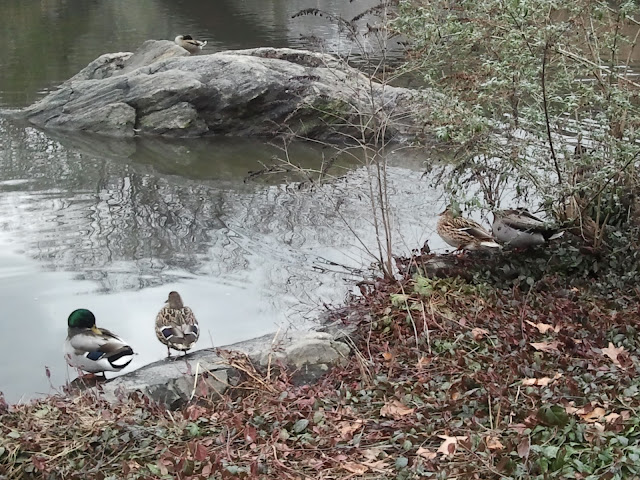 There were also activities in February sponsored by the Central Park Conservancy which were open to the public.  There was an ice carving demonstration (see Video) and sword dancing. 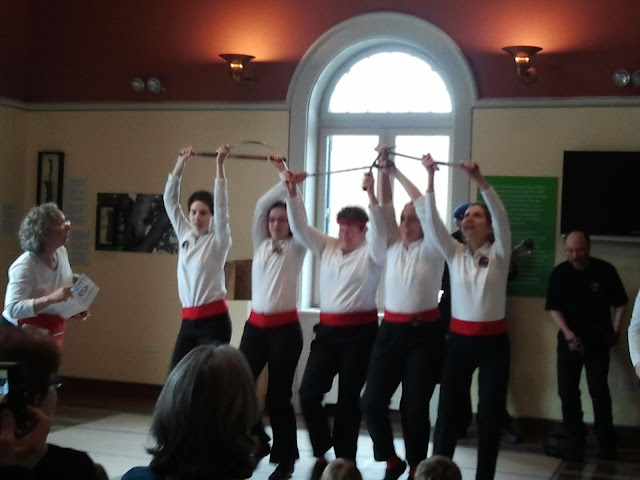 President's Day gave me a half-day extra time and I spent it walking in the park.  From the Mall .. 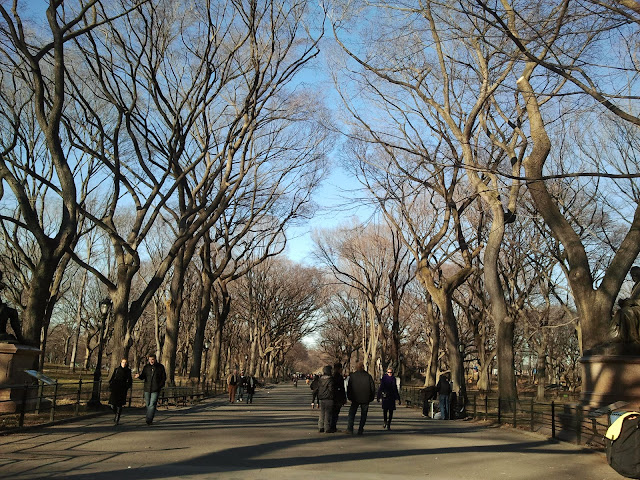 .. to Harlem Meer, the park looked great.  Even the geese were celebrating with some synchronized diving. 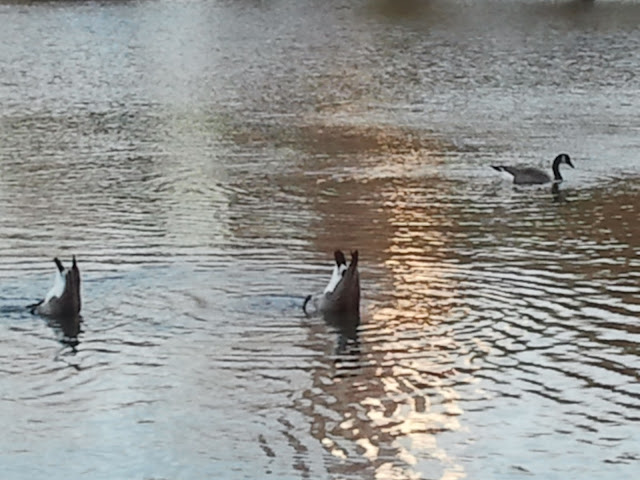 My walk the following weekend took me past Sheep Meadow .. 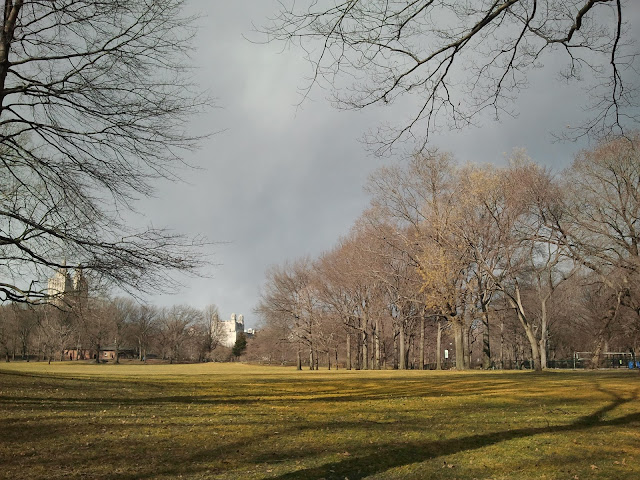 and I saw my first robin for this year while I was walking towards Summit Rock.  The bare trees gave me a glimpse of Midtown Manhattan more than twenty blocks away. 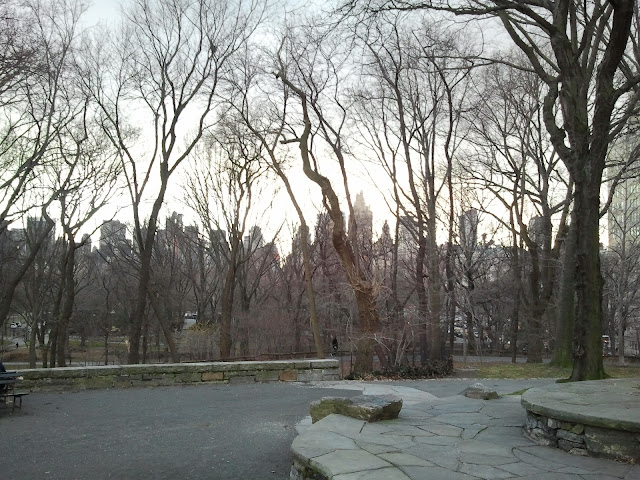 The first week of March was sunny.  I saw turtles sunning themselves by the Gapstow Bridge. 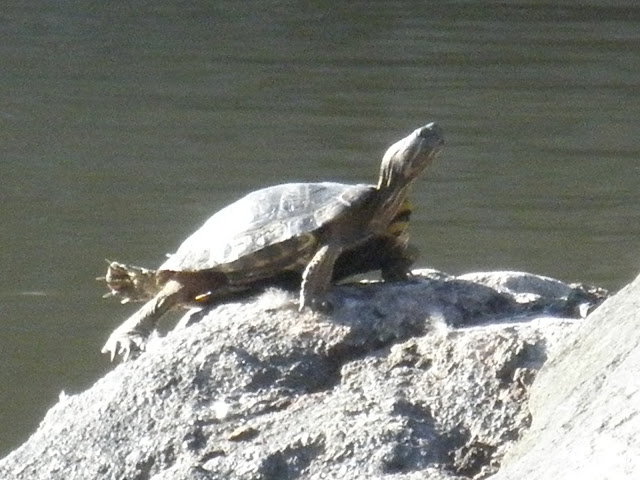 While a visit to the Conservatory Garden yielded more hellebores, daffodils, crocuses and irises! Spring is in the air! Check out my album Bring on Spring! to see more early spring blooms and maybe you'd feel like joining the Three Dancing Maidens. 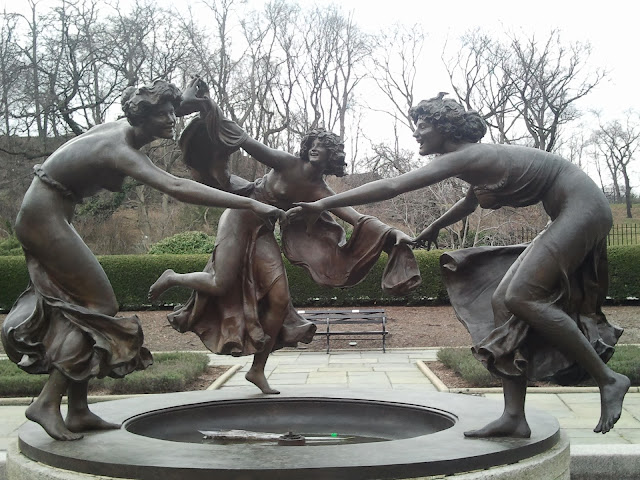 Last weekend brought more clear and sunny days, a little nippy but it really felt like spring especially seeing the cherry trees in bloom by the Reservoir. 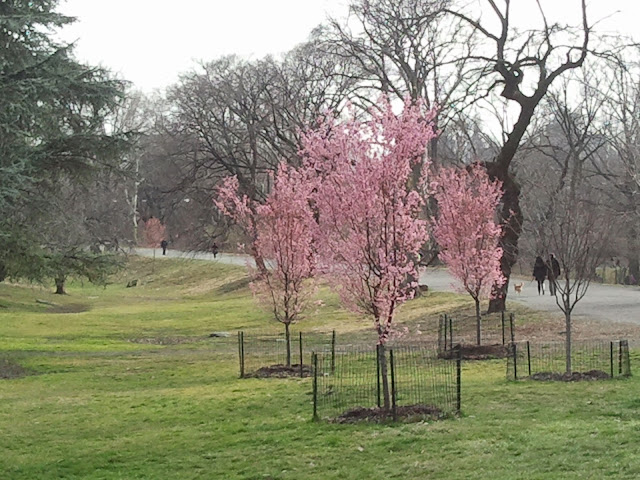 So even though the fields and ballparks were still closed for the season .. 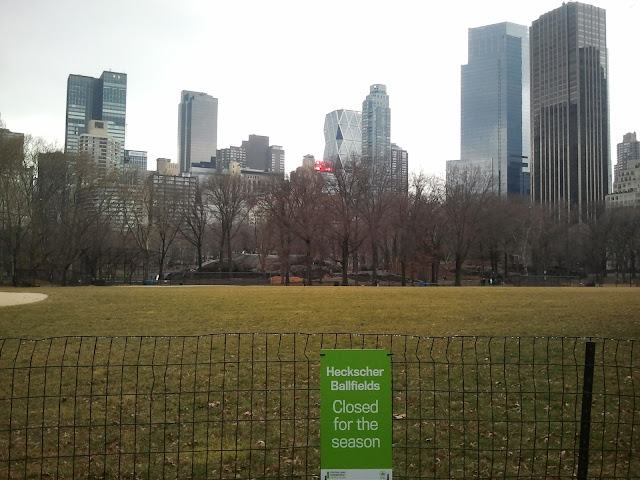 The carousel not yet open for rides .. 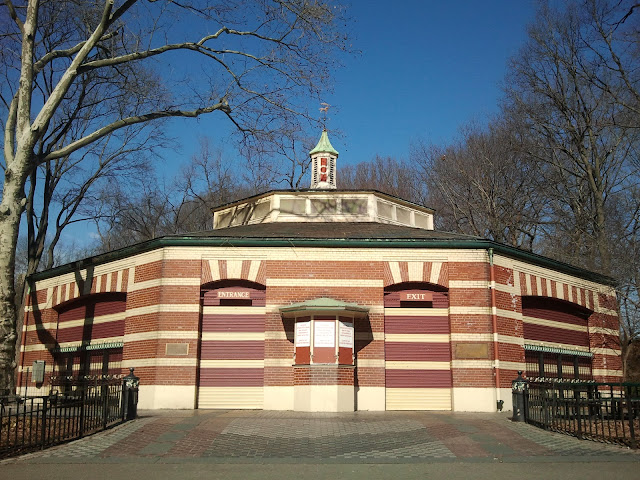 And the park fountains still not gushing water .. 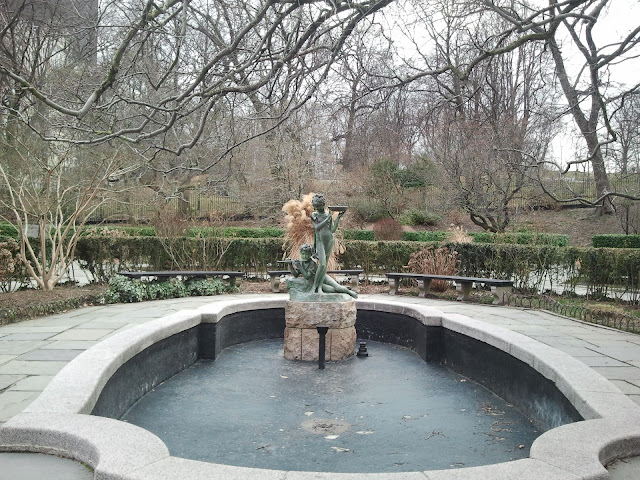 I would like to think winter is really over. 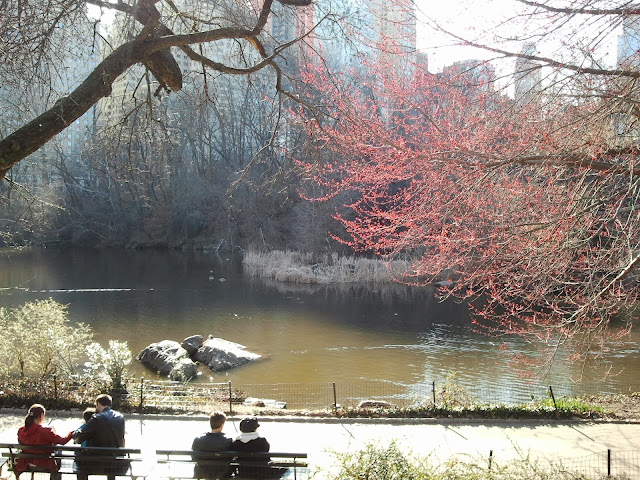 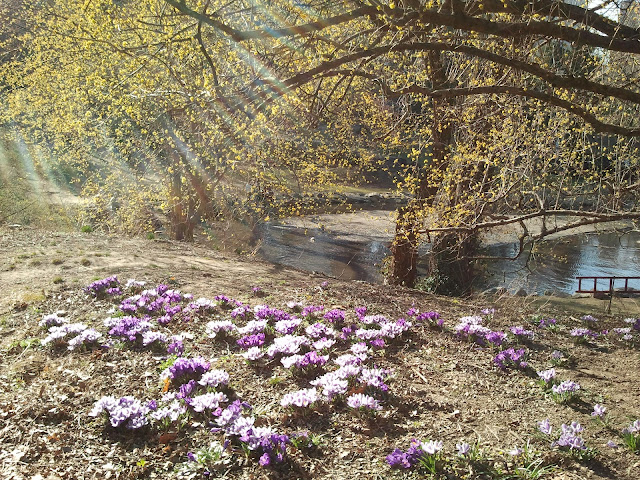 The early spring blooms are in another album on Flickr - Bring On Spring!


P.S.  I remember I have several short vids of some birds tweeting.  Here's one of them, hope it makes you smile. :-)