It was the last weekend of winter but it definitely felt like the middle of spring. These past three days I went to Battery Park City and Central Park and definitely spring is in the air with all the flowering trees and blooms all over.  I can't help but smile each time I see a pretty flower.

Last Friday was a no work day for me and I dropped by Central Park in the morning. The weather forecast called for rain but it was only light rain when I got to the park.  Still, you can see the raindrops on the daffodils blooming near the Pond. 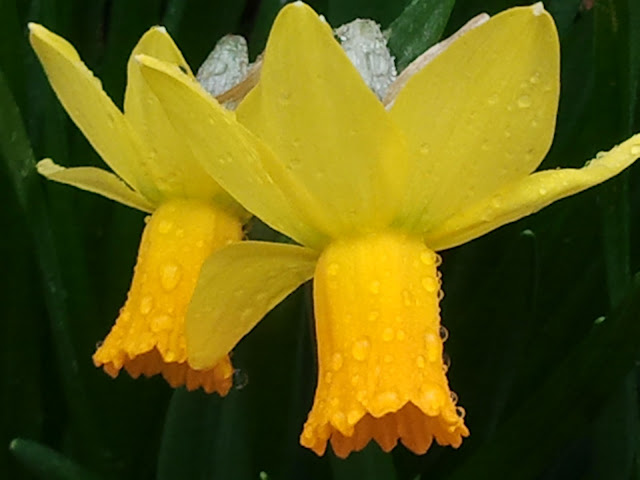 Meanwhile, at the Pond the geese were busy preening. 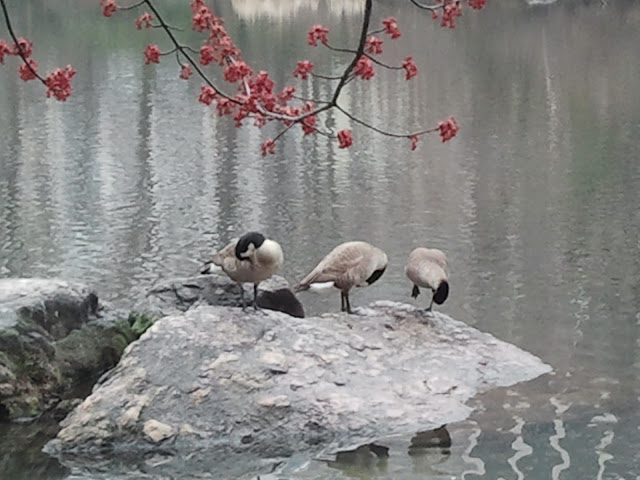 This was how the Park looked from the Gapstow Bridge.  Definitely looks like spring. 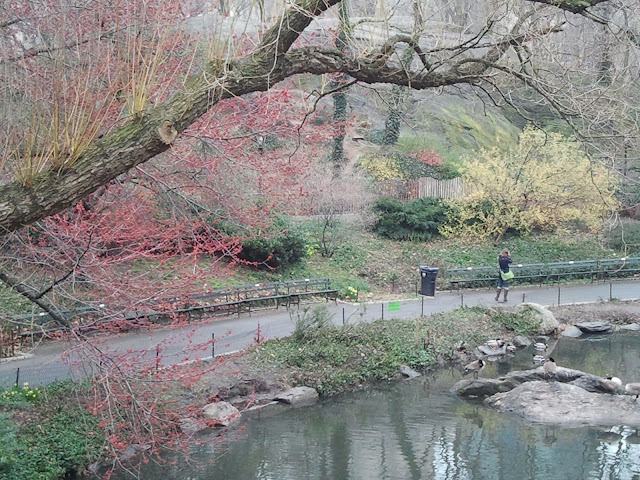 From there I hopped on the subway to go to lower Manhattan.  St. Patrick's day was Saturday and I wanted to visit the Irish Hunger Memorial a day before since it might be too crowded on the day itself.

Coming from Chambers Street, the back part of the memorial was the first thing I saw.  A slice of Ireland in Manhattan! 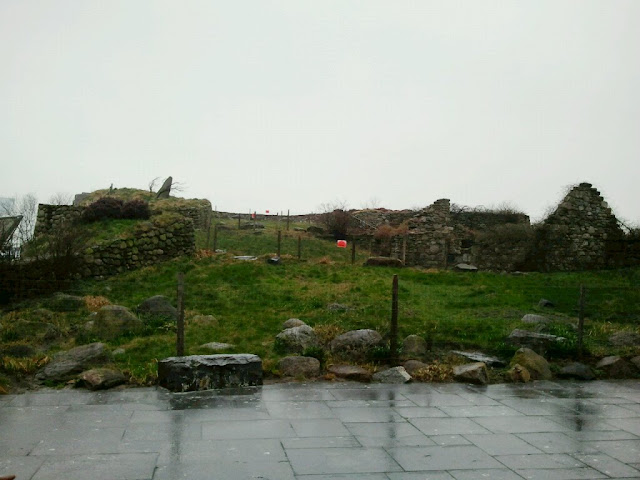 The Irish Hunger Memorial is dedicated to raising awareness of the Great Irish Hunger that killed up to a million in Ireland in the 1800s. Visitors enter the memorial through a dark granite corridor while voiceovers recount the horrors of the famine.  On the wall are engraved excerpts of reports, poems, letters and even recipes addressing the famine. 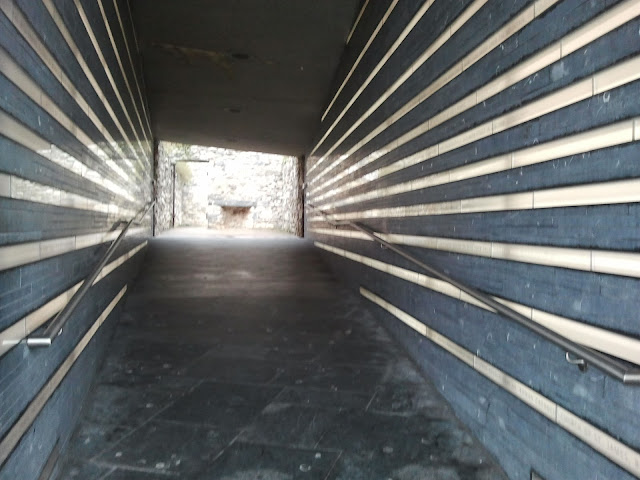 The end of this corridor is a stone Irish cottage with no roof, which was common during the famine because the government thought that if your family had a roof on their home then you weren't truly in need of aid. 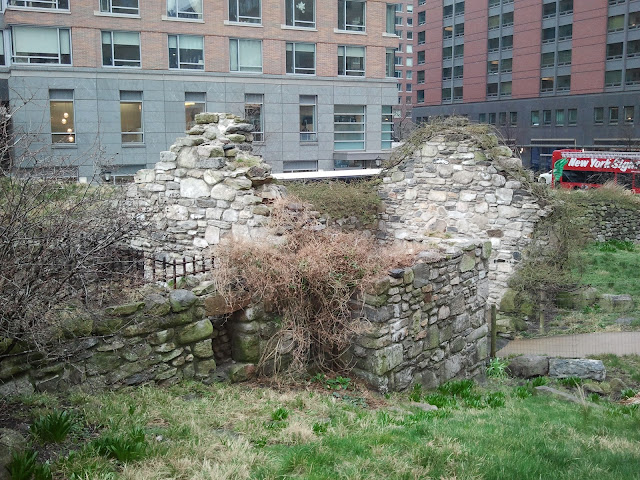 From the cottage you continue onwards up the monument which is designed to look and feel like the moors of Ireland, complete with stone walls and heather.  There are even stones from each of the counties in Ireland scattered all over the memorial. 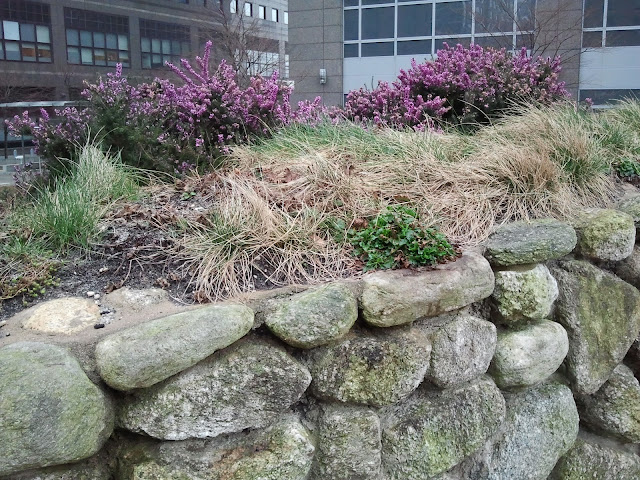 The memorial has a great view of One World Trade Center, as well as the Hudson River and New Jersey. 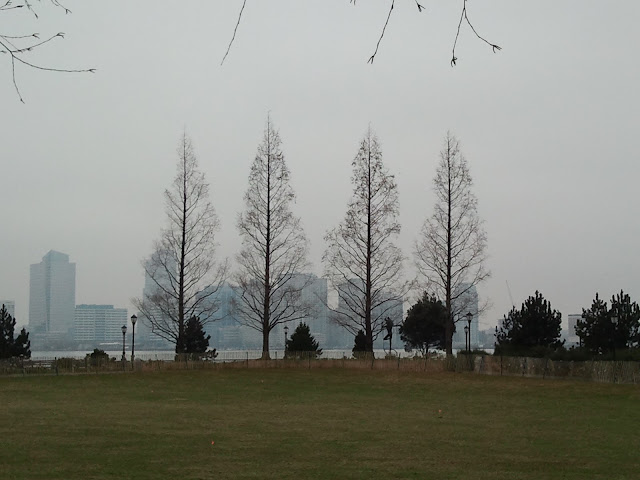 From the memorial, I looked for the nearest subway station so I can go back to Central Park for lunch.  On my way to the station along Greenwich, I had this view, One World Center shrouded in fog. 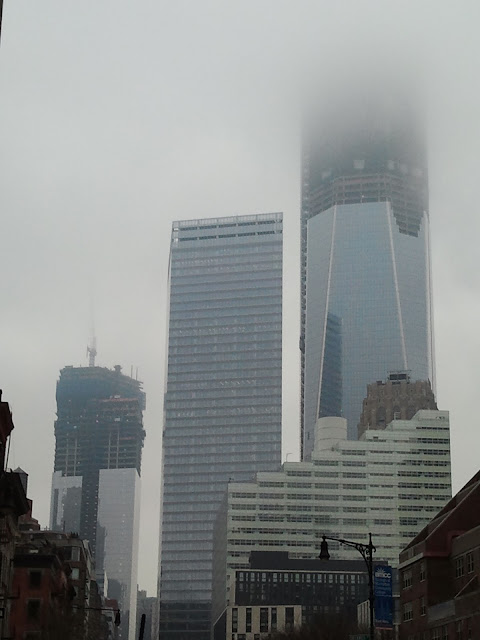 I also dropped by the Winter Garden near the WTC site.  They have a great view of Ground zero, lots of rest areas, restaurants and clean restrooms.  As always, the sight of the palm trees evoke warm memories. 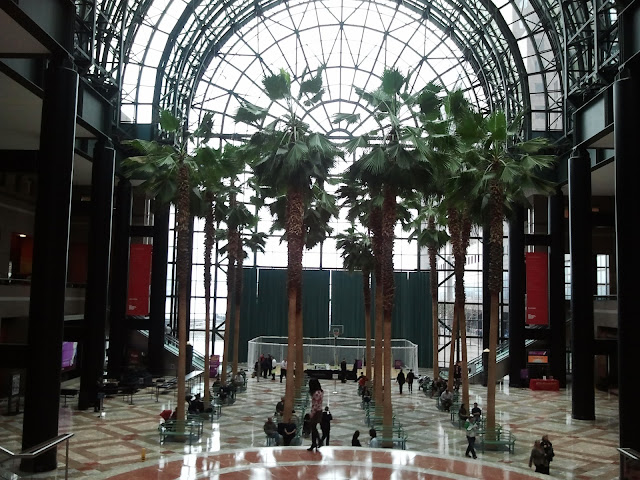 Going back to the Park, I saw a pair of waterfowls I haven't seen before.    Thank you Central Park for replying to my tweet, now I know they are American coots. 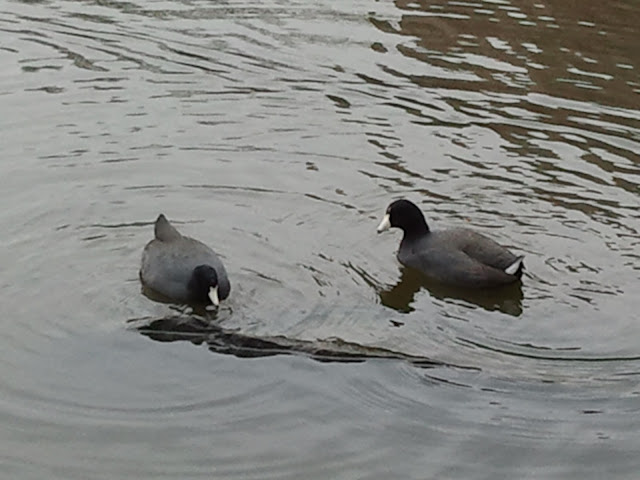 Took one last pic at the Lake before leaving.  Midtown Manhattan seems so far away. 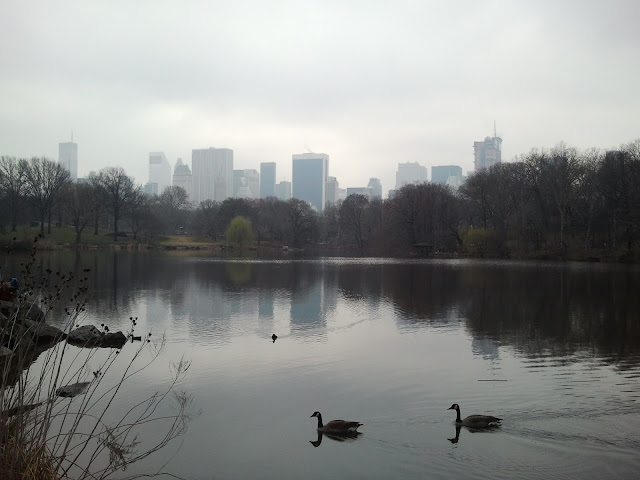 Saturday was St. Patrick's Day and the parade was along Fifth Avenue.  The southern end of Central Park and the surrounding areas were so crowded and teeming with people in green.  I watched a little bit of the parade and decided to walk in the park heading north which I think won't be too crowded. 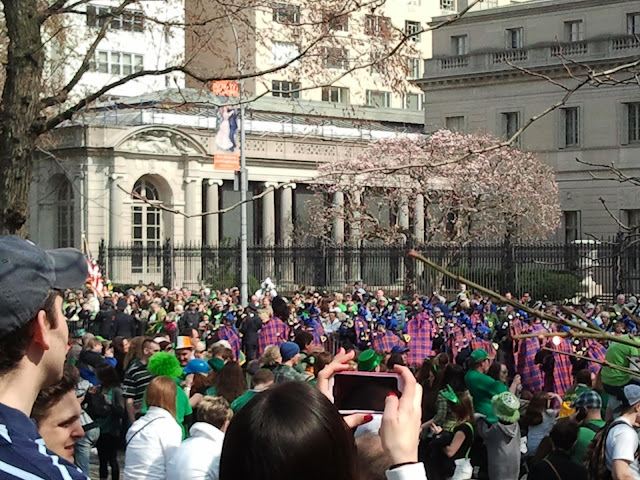 Some trees already started to bloom while some were still budding, but each one was a joy to see, and everyone who passed by were enjoying them.  Too bad I'm a little height challenged as most of the flowers were way up high.  Still I was able to take some shots, here are some of them. 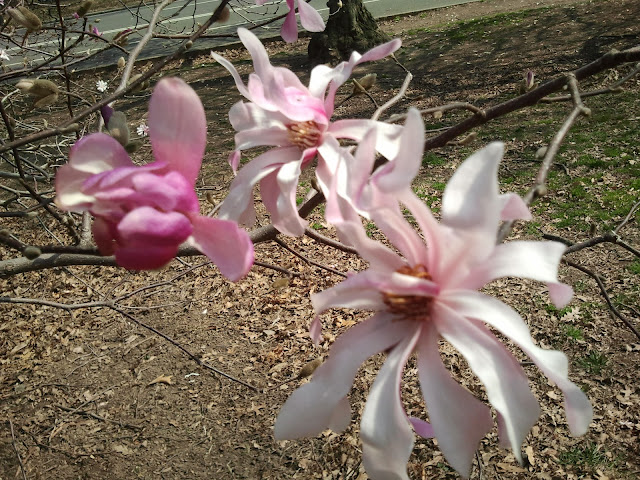 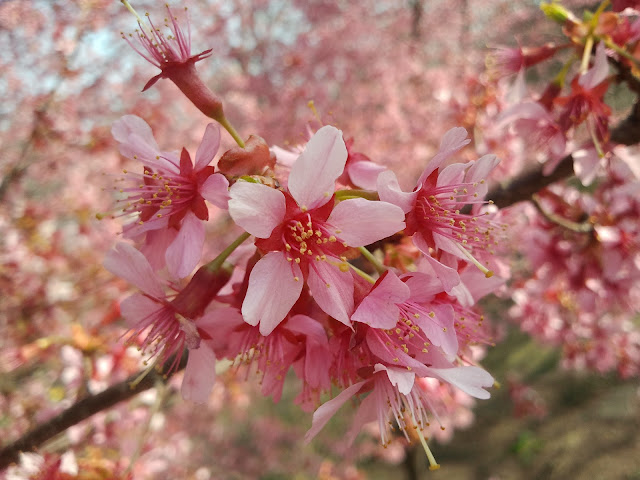 The park was a sight to see in white and pink. 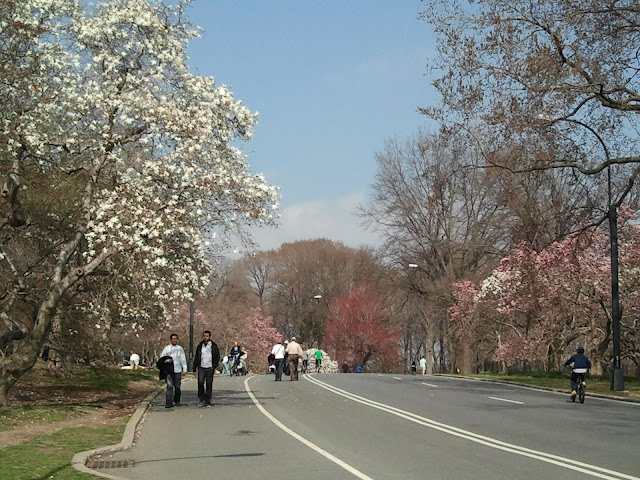 Even Cleopatra's Needle was surrounded by budding magnolias. 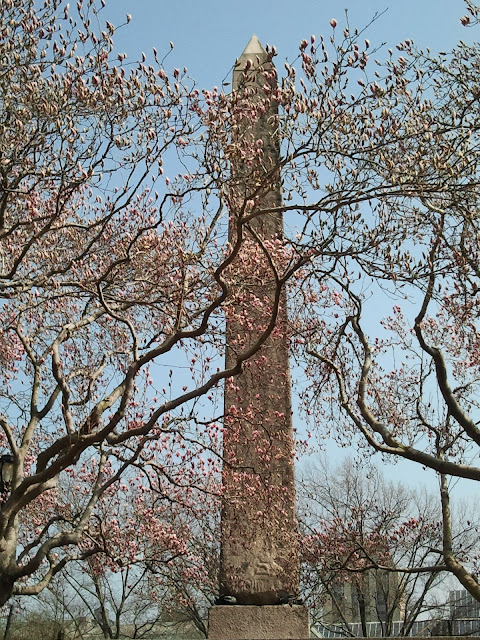 Shakespeare's Garden yielded more early spring blooms, most of which I don't know the names of.  I'll share the pics here and I hope some of you can let me know the names of these pretty flowers. 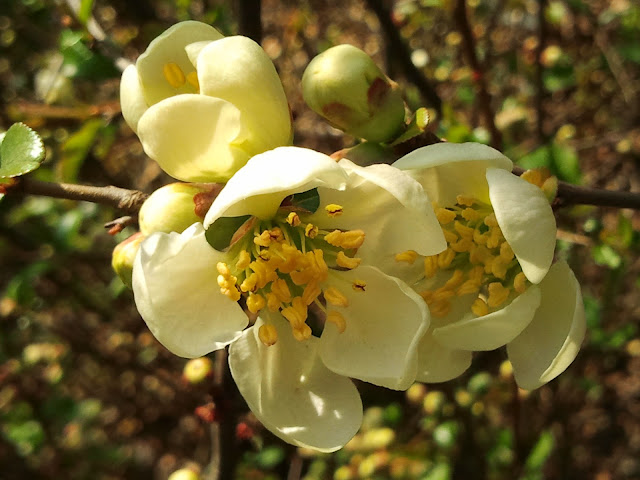 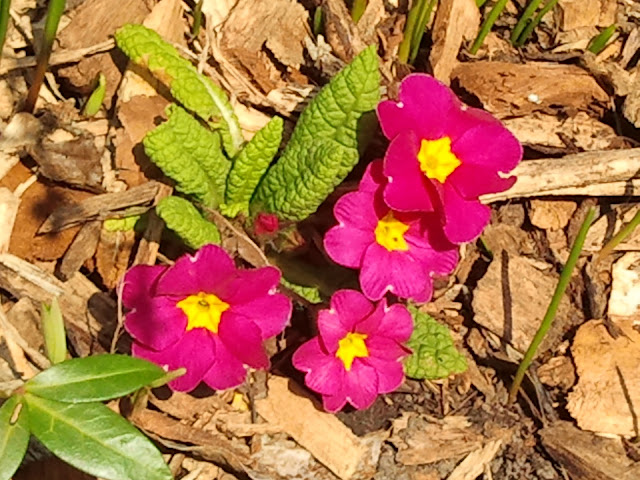 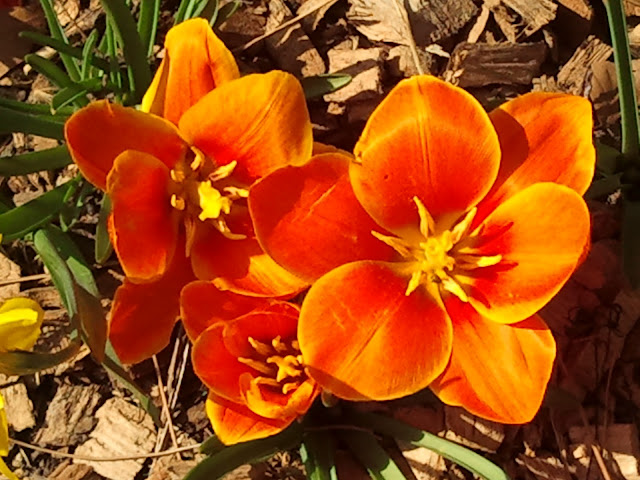 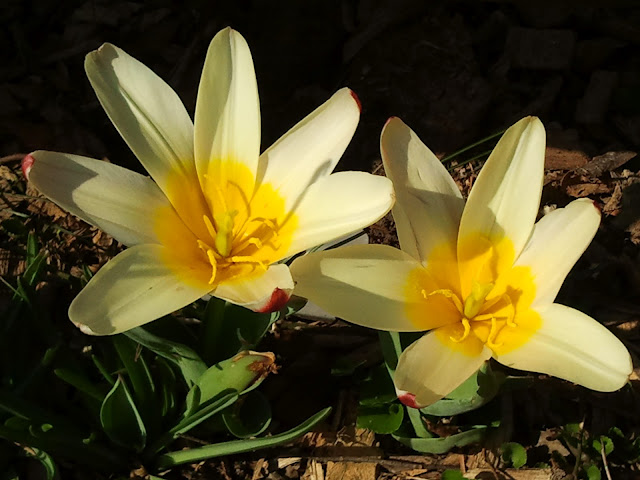 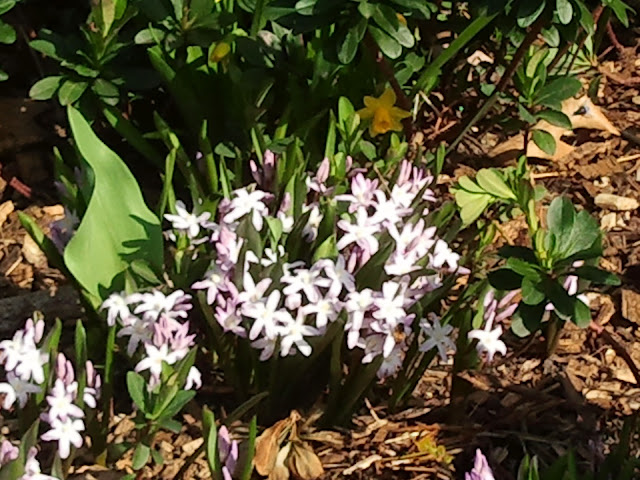 The rest of my pics of the early spring flowers are on Flickr - Bring on Spring!


On my way out I passed by kids having an entertaining St. Patrick's day. 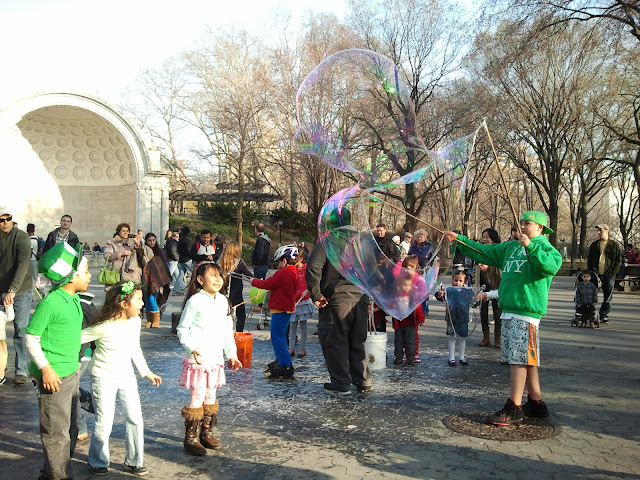 Sunday was the day I promised my niece that we will go to the zoo.  I will post just one zoo pic and hopefully I can write about the visit to the zoo in the near future.  Before the zoo closed, we went to the area were the seals are.  One of them was adventurous enough to climb the structure and sunbathe there. 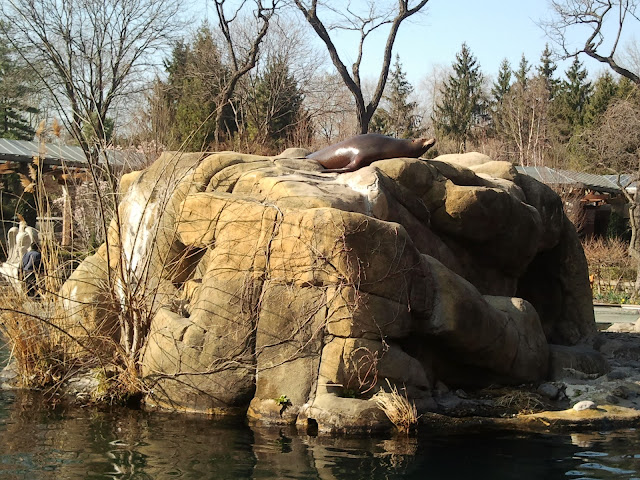 From the zoo, we walked towards the Pond and came upon more magnolia trees in bloom. 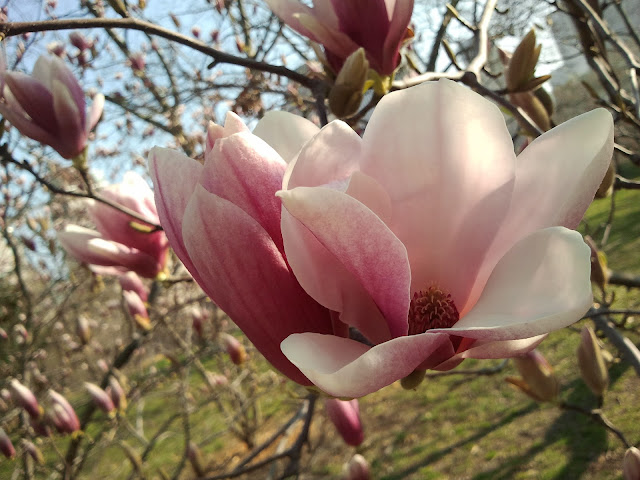 And people enjoying the day up Cat Rock. 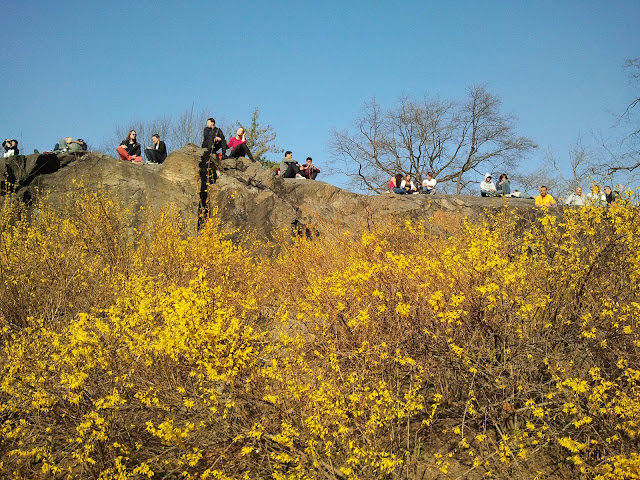 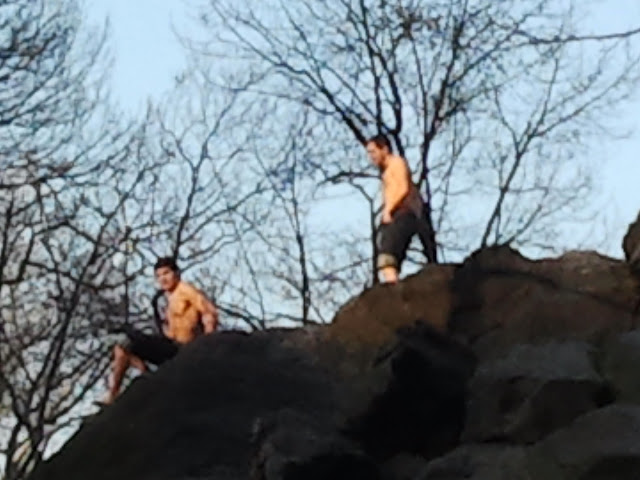 Can't blame them, the day was really gorgeous.

So good-bye winter and hello spring! 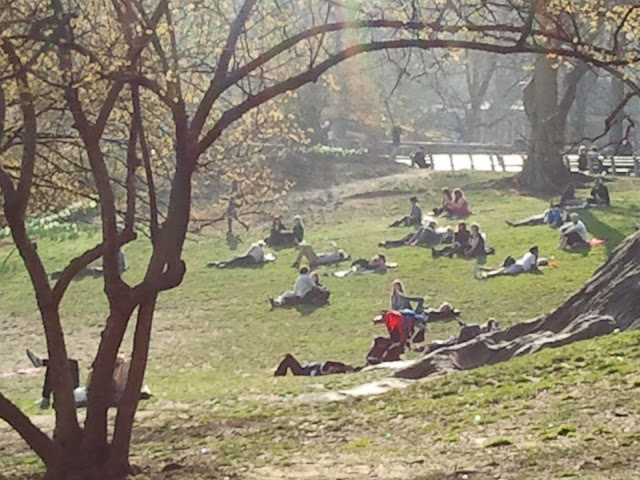 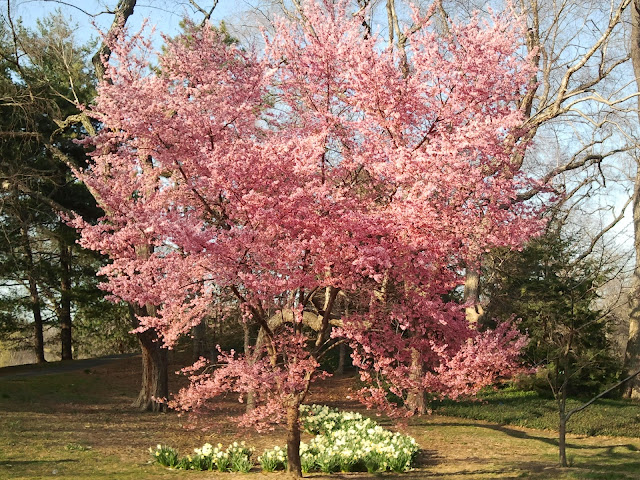